Prior to white settlement, the Portland region was occupied by the Wiradjuri people. The first European in the area was James Blackman who surveyed roads in the area in 1820 and today Blackman’s Flat and Blackman’s Crown bear the family name.

The town of Portland is of interest as a historic mining town, and also as the place of the first cement factory in Australia. Portland really got its start when Thomas Murray selected 61 hectares of land in 1863 and constructed his first lime kiln on what is now the corner of Lime and Villiers Streets. The railway came through Portland in 1882[4] and the first station opened in 1887 was called Cullen Siding until 1889. The Cullen Bullen Lime and Cement Company established operations in the village that year. During the early 1890s, the first cement-making kilns west of the Blue Mountains were built in Portland.

In 1894, the village was gazetted as Portland, the name derived from the cement-making process which was already well underway in the area. Click here for a detailed history of Portland

The cement works opened in 1902 and Portland was declared a town in 1906. Many of the original buildings in Portland were built by the cement works company for employees and still stand. Well-known Australian brand names now adorn many of the historic shops and buildings, creating a strong link to “yesteryear” that is celebrated by the town.

THE SILOS: The Portland Silos, now know as “The Foundations” were the 20th Silos to be completed in the Australian Silo Art Trail and were completed in May 2018. 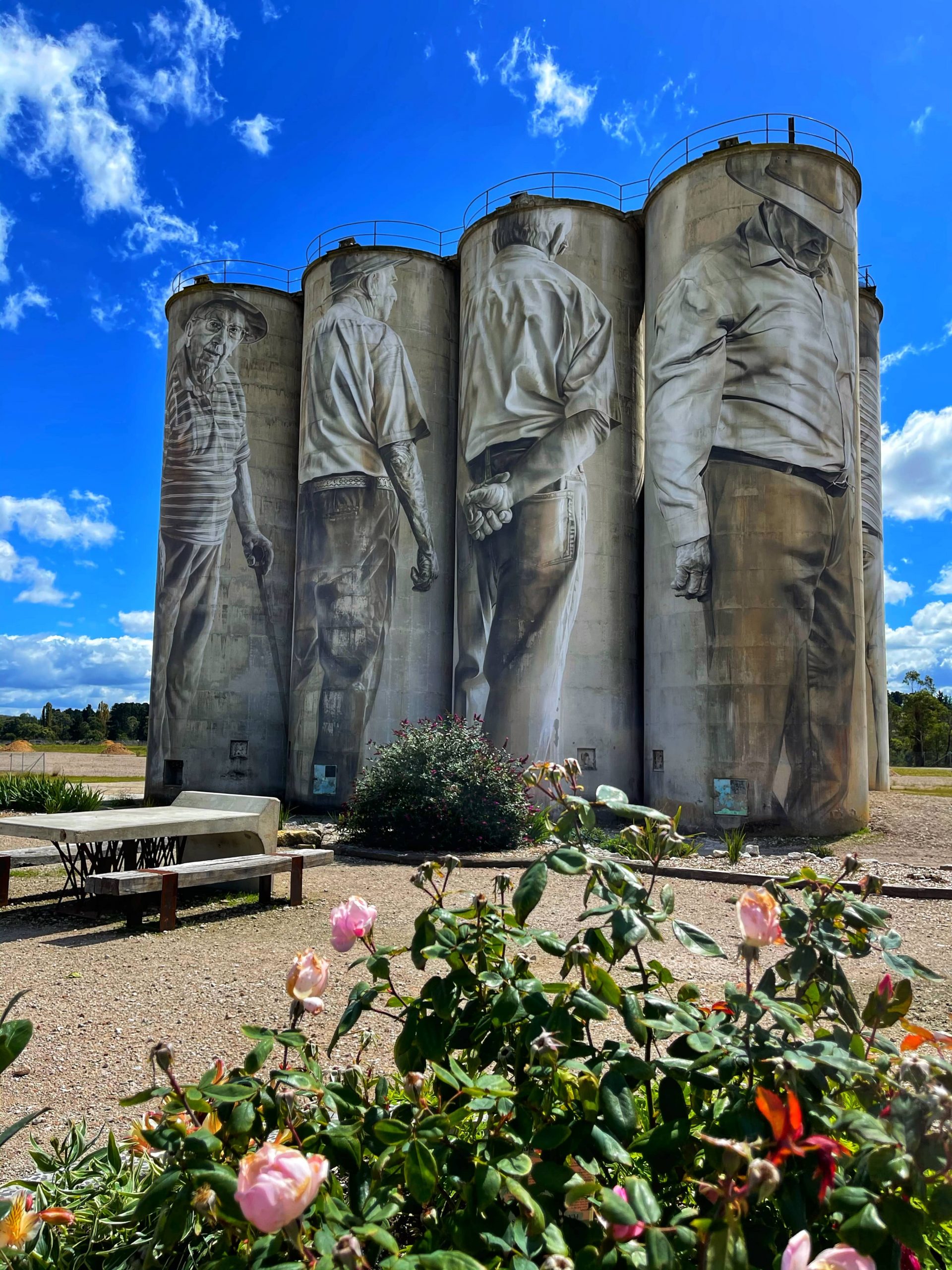 The six individuals represented in the artwork are all former employees who shared their recollections of working at the Portland Cement Works and how their lives have been impacted by the industry in their town.

The silos were painted in April and May 2018 by artist Guido Van Helten.

• Two of the men featured are Thomas Ernest Fitzgerald and Herb Coleman.
Earnest, a Portland resident, is said to be very proud and excited to see himself on the silo and has said that it has meant a lot to his family.

• The other three men are unknown to me. Though they seem to be walking and winding their way through the silos as if showing the passage of time that the old Cement Works has experienced.

• Proudly, the female mural is of Yvonne Hogan. She worked in administration at the Cement Works for a number of years before moving on to pursue other passions in her life. 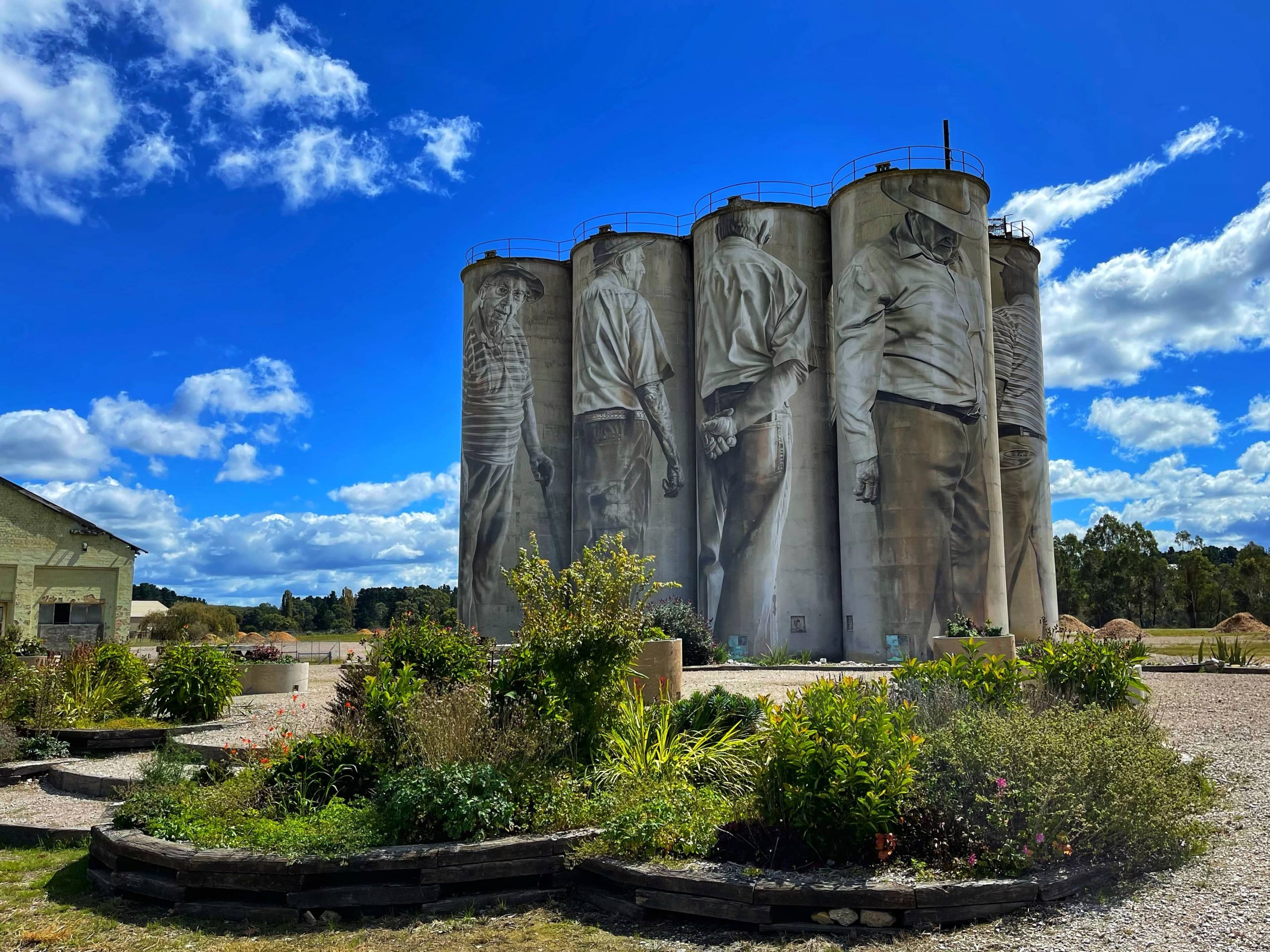 A detailed history of Portland: https://www.portlandnsw.com/history.html