In the bush, near the industrial estate of Lawson, NSW is a rock ledge that has a cage on top. The cage goes over a large hole that has an unknown history.  There still seems to be no conclusive answers, what are your thought’s on what this hole was used for? 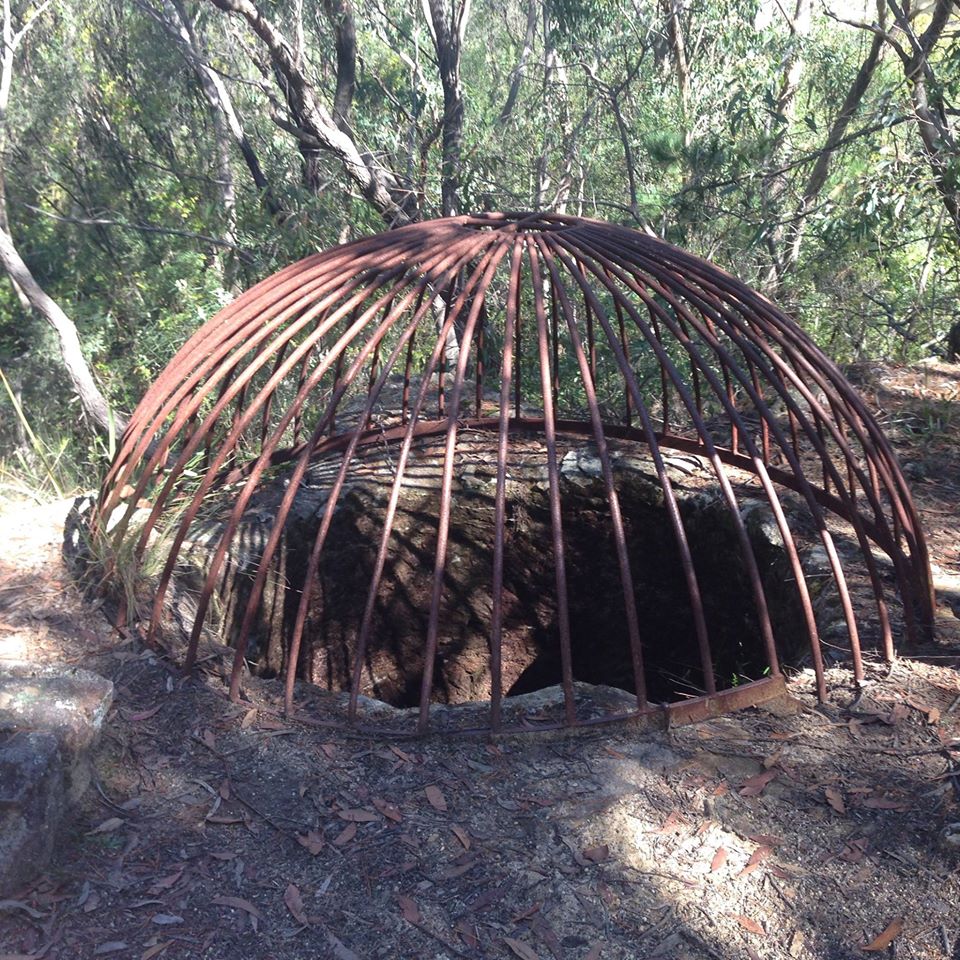 Blue Mountains Historian, John Merriman, concludes that it was used as a Grain Silo for the Glen Orchard dairy. https://goo.gl/y1Wxec

Blue Mountains Local Studies support the idea of s Silo: “The capacity of the shaft may be calculated to be about 16 tonnes of grain or ensilage. Ensilage is made from pasture plants cut when green, which is compacted, sealed and allowed to ferment without air, forming a material similar to sauerkraut; cattle relish it once they get used to the taste (Woods 1883, Sutherland 1980). Grain may also have been delivered by cart or truck down Somers Street from the highway or railway to the top of the silo from where it could then be removed at the base as required for stock feeding. A full silo of grain would by my calculations feed a dozen cows for six months and so ensure security and continuity of milk production.” Refer: Click here for more info

According to the Financial Review: “Local legend suggests, the most feisty convicts were once lowered by rope into these deep pits in the ground overnight to stop them escaping.”
According to Environment NSW:- “This is a rock-cut pit, 6 metres deep by 2.5 metres across near the edge of the escarpment below Gregg Street. There is an access point at the base of the rock-cut shaft and a line of pebbles and mortar near the base are possibly remnants of some kind of internal floor (either timber or metal). There was presumably an earlier form of cover at the top where the opening is now protected by a quite handsome domed iron safety fence.
It is possible that if it was used as a silo it could have been filled from the top and unloaded at the base. Sileage is used as cattle feed in the winter months and there was a dairy nearby.
This item has been reputed to be a convict holding cell, a use which is highly unlikely, and totally undocumented.
It is more likely that the feature is a rock-cut silo of which relatively few examples are known. It is an unusual and rare item which demonstrates intensive labour and effort.” Environment NSW Link
WHAT DO YOU THINK the caged hole in the ground was used for? 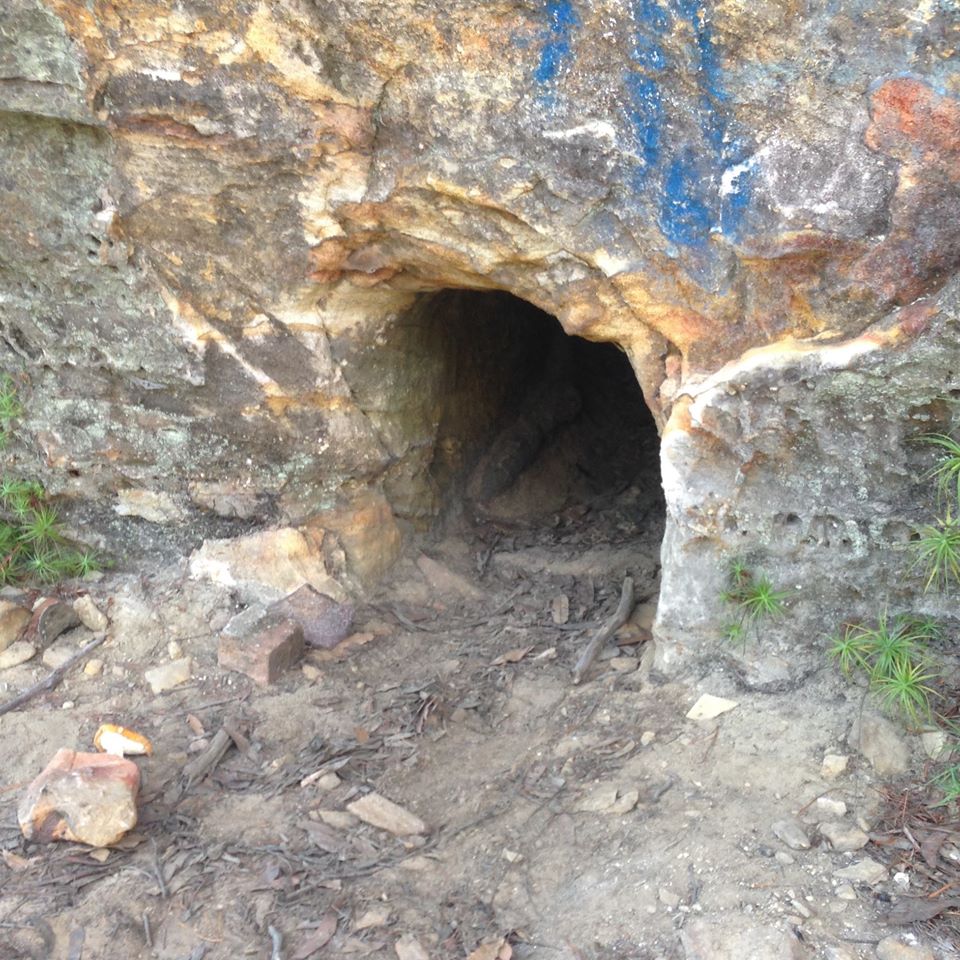 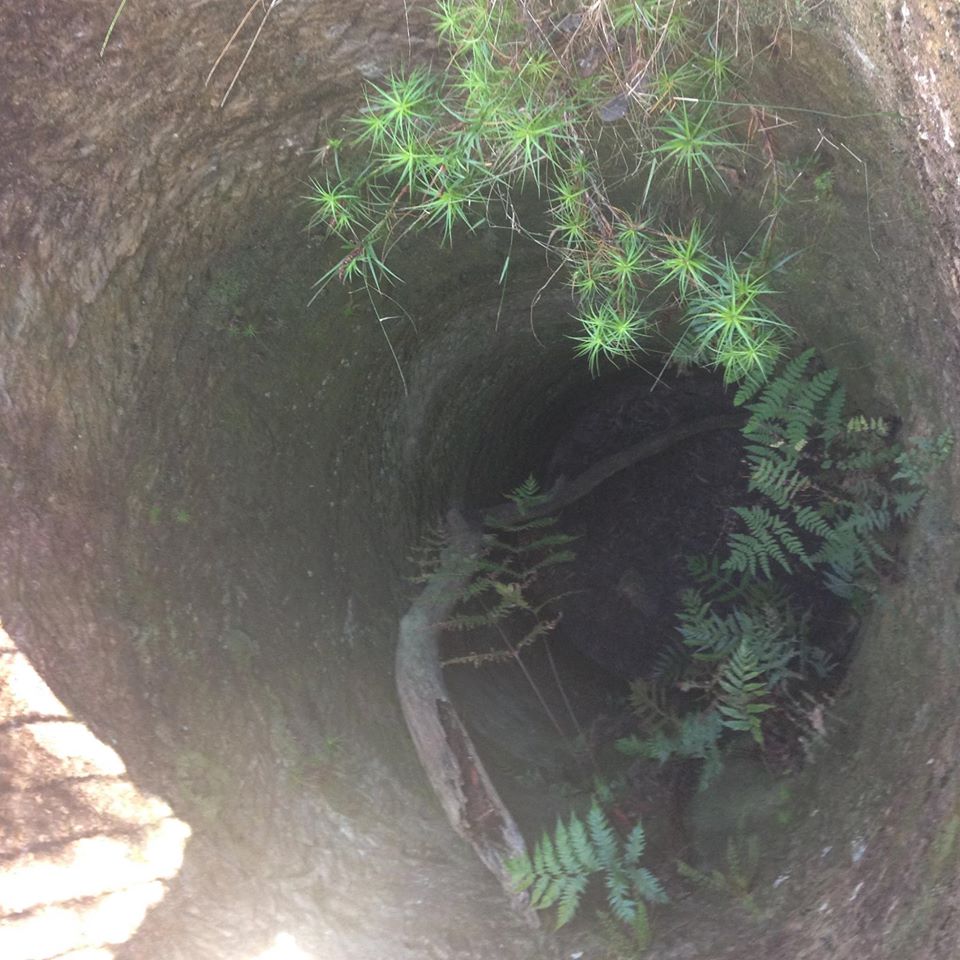