Kings Tableland Aboriginal Place is a wonderful place to visit. It was a camping and meeting place of significance to Gundungurra people. Be respectful of the history of the location when you visit. 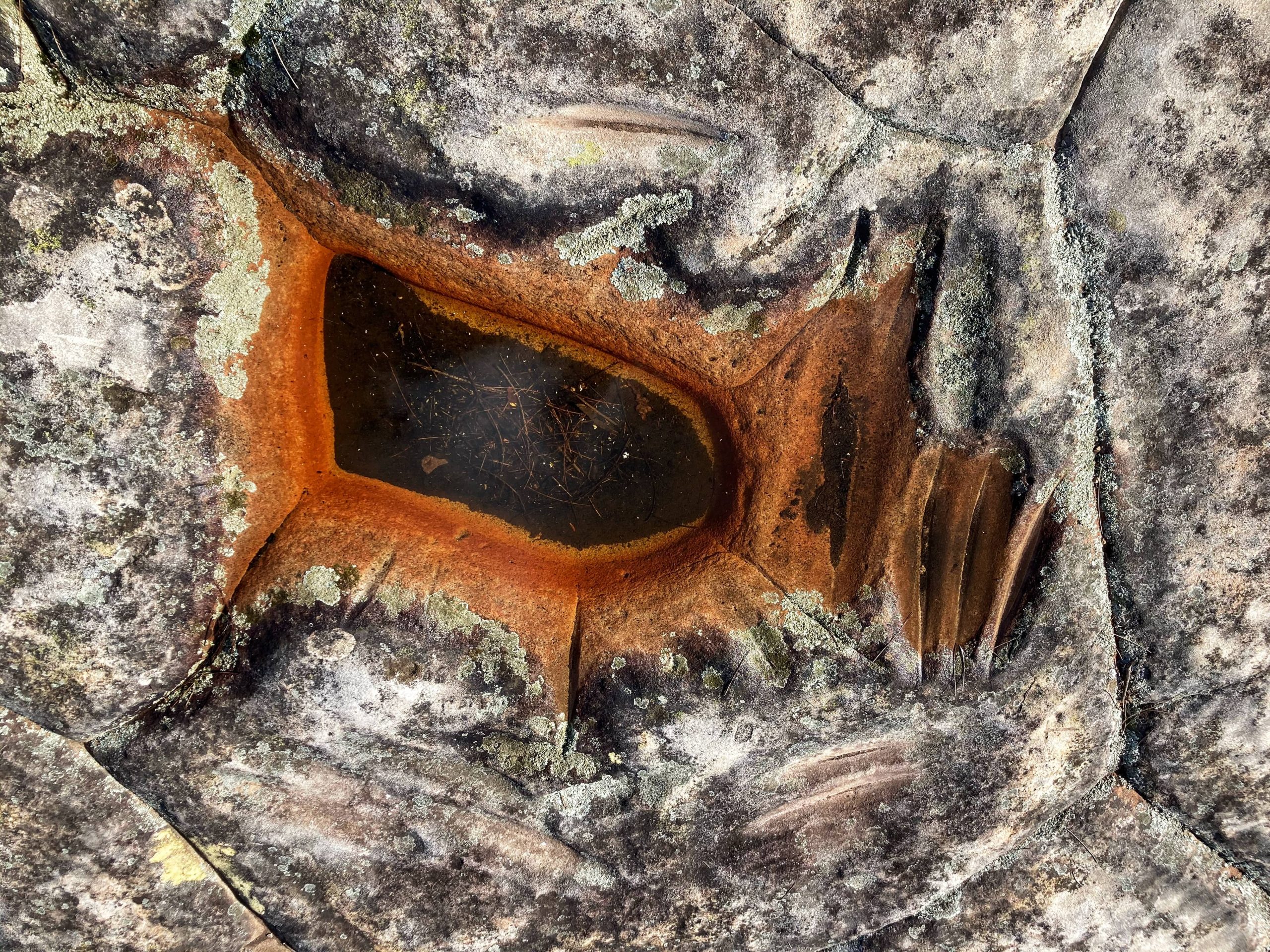 It was historically used as a camping site by Aboriginal residents of the Burragorang Valley Aboriginal camp who would walk to Wentworth Falls and Katoomba for employment purposes until the early 1900s.

The site dates back more than 22,000 years ago. The area contains some wonderful examples of grinding grooves.

In the shelter, there are carved images of wallaby and emu tracks.

ACCESS: Park your car at the locked gate and follow the track. Turn right along a small track after about 100m. Return the same way. HERE: https://w3w.co/unchanging.telescopic.frolic

This place is of special significance to Aboriginal Culture

This place is special. Its art is fading. Its grinding grooves and engravings have been damaged, but it stands as evidence to an ancient culture whose stories have many associations with different homelands. The rock platform has views from Gibraltar Rocks in the south to Yengo in the north. This is where the ancient art of tool-making took place.

Aboriginal occupation of this shelter has been dated back to 22,000 years. The shelter below gives protection from the harsh environment. This site was used by Aboriginal people as an art gallery and story-telling place. You are in a place steeped in history and heritage.
Archaeology

Aboriginal people have lived and continue to live on the Blue Mountains and have used this site for at least 22,000 years despite extremes of cold and dry accompanied by the last Ice Age.

Three other excavations provide evidence of early mountain occupation, significantly under conditions much drier than at present”. Quote from Gundungurra 2013.

The rock platform was probably formed about 200-225 million years ago. The unusual ‘tessellated’ pavement may be the result of peri-glacial activity some 15,000 to 35,000 years ago. The grinding grooves on the surface of the platform are associated with tool sharpening. After flaking and chipping the stone to shape, the tools were edge-ground on the hard sandstone.

Thousands of chips and flakes from the process have been found in the area, indicating occupation over a very long time. Many basalt and chert tools have been recorded here. The basalt probably came from the volcanic cap of the mountains to the northeast of here at Mount Hay, Mount Banks and Mount Wilson. Chert was carried from Beauchamp Falls in the Grose Valley and from the banks of the Nepean River.

The ancient landscape that surrounds you contains many sites well known to Aboriginal people. The names of features ring aloud with language belonging to Aboriginal people and to the environment. This place represents the lives of an ancient culture, where respect is extended to everyone, and everything in it. Kings Tableland is at the centre of known routes that connected people across hundreds of kilometres of Country.

Aboriginal people made these rock engravings. The marks left on the landscape are part of Aboriginal culture. They belong here, and help us to understand a way of life which is now past. Once destroyed, they cannot be replaced. 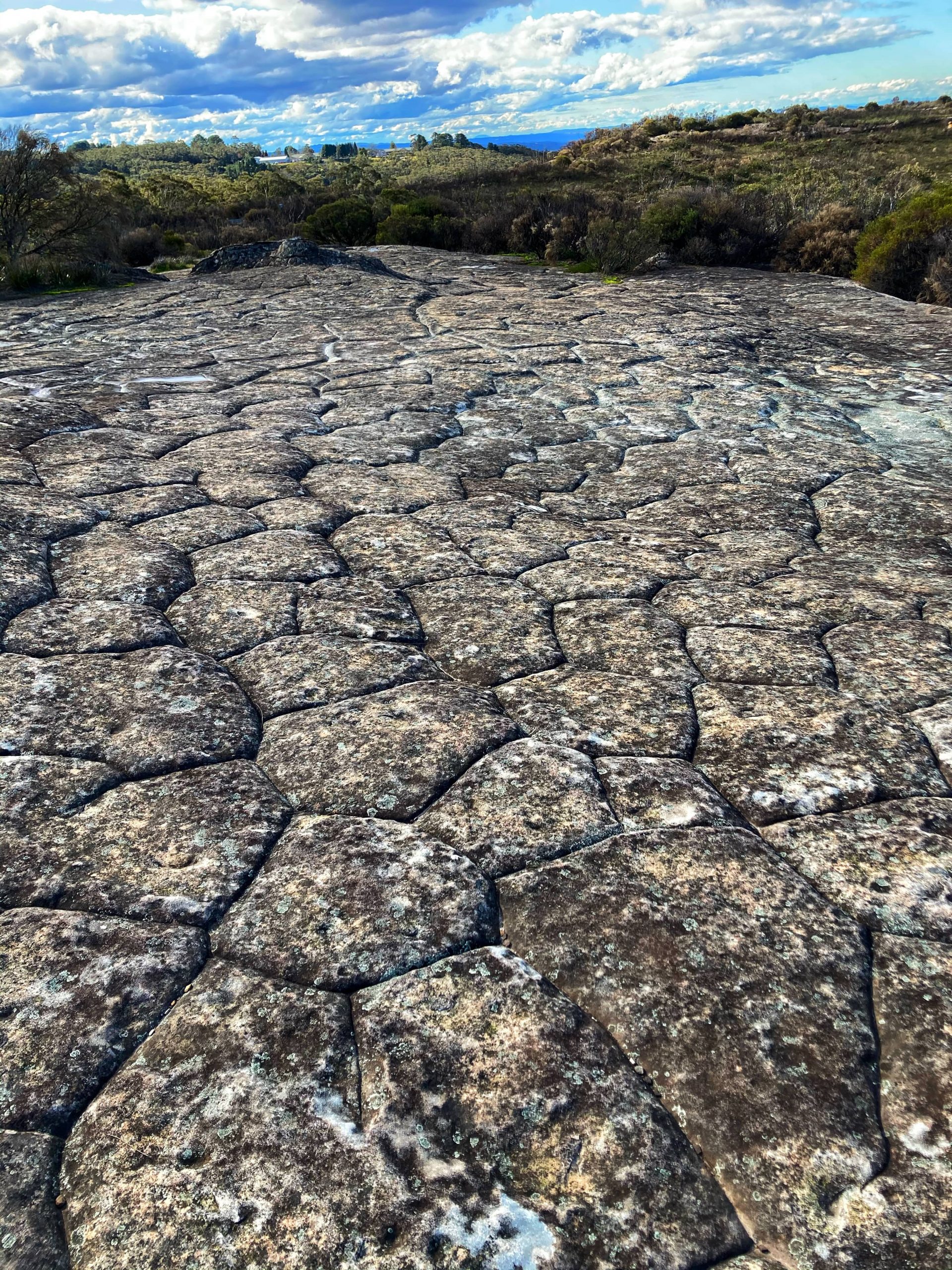 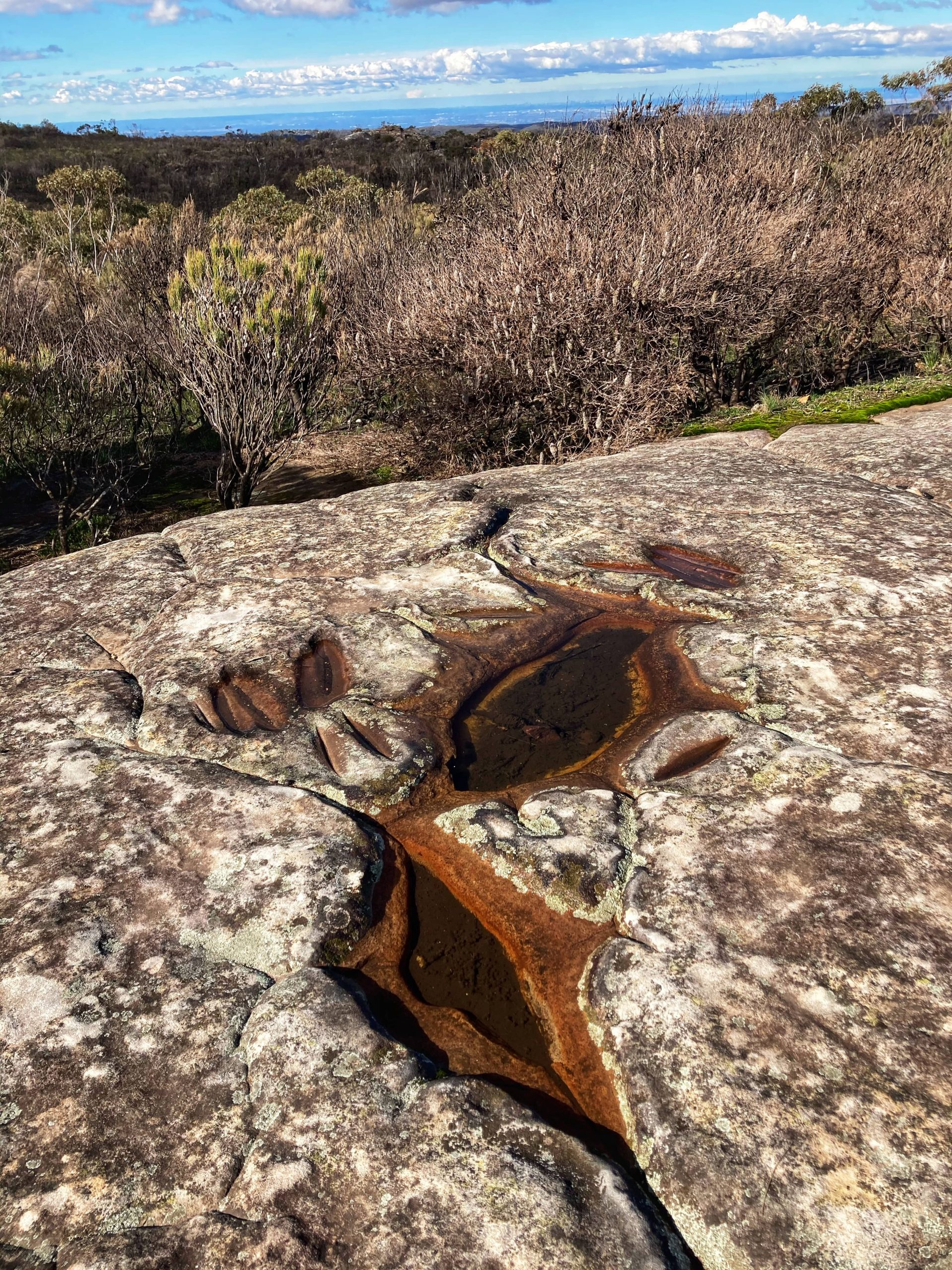 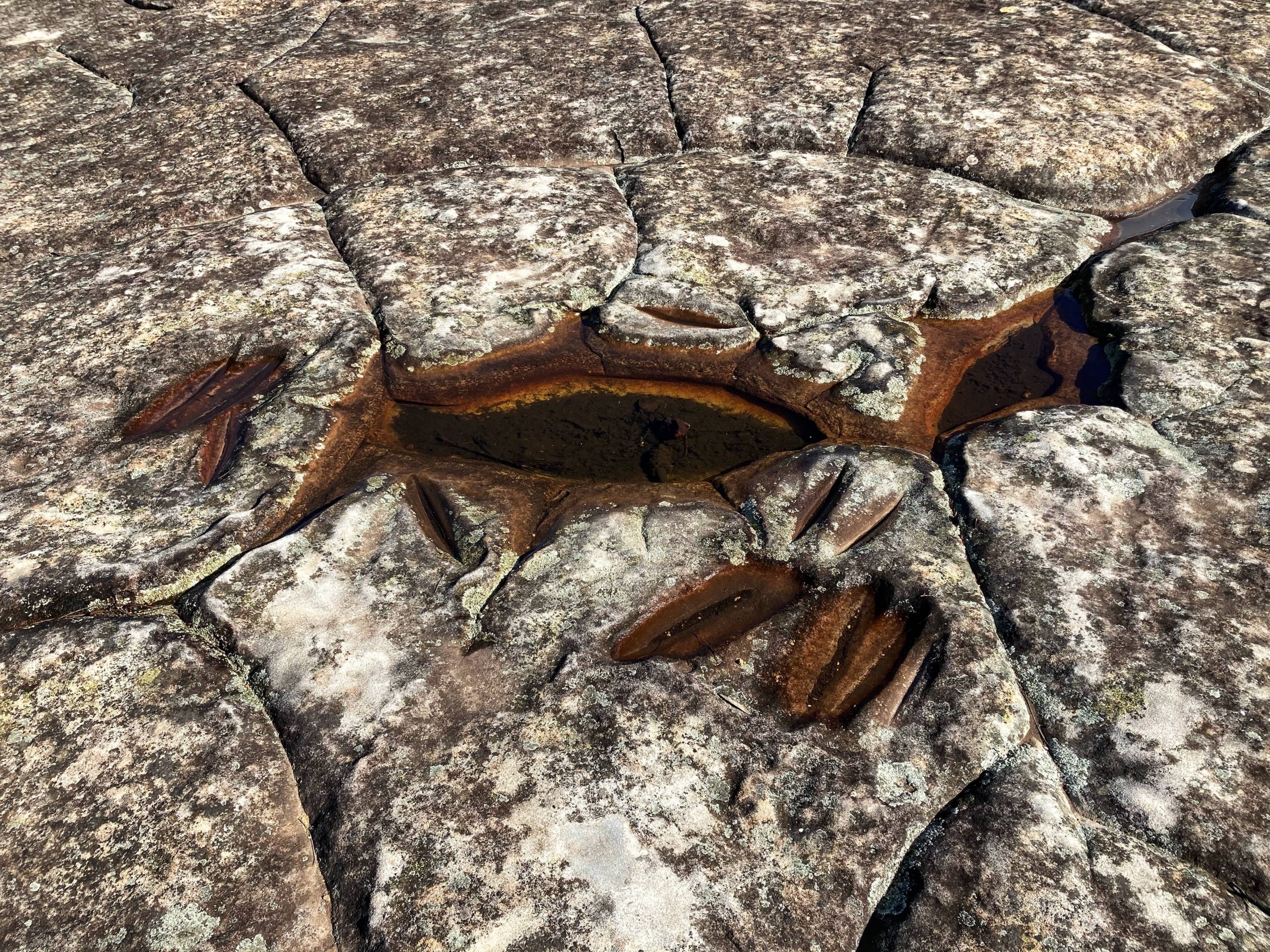 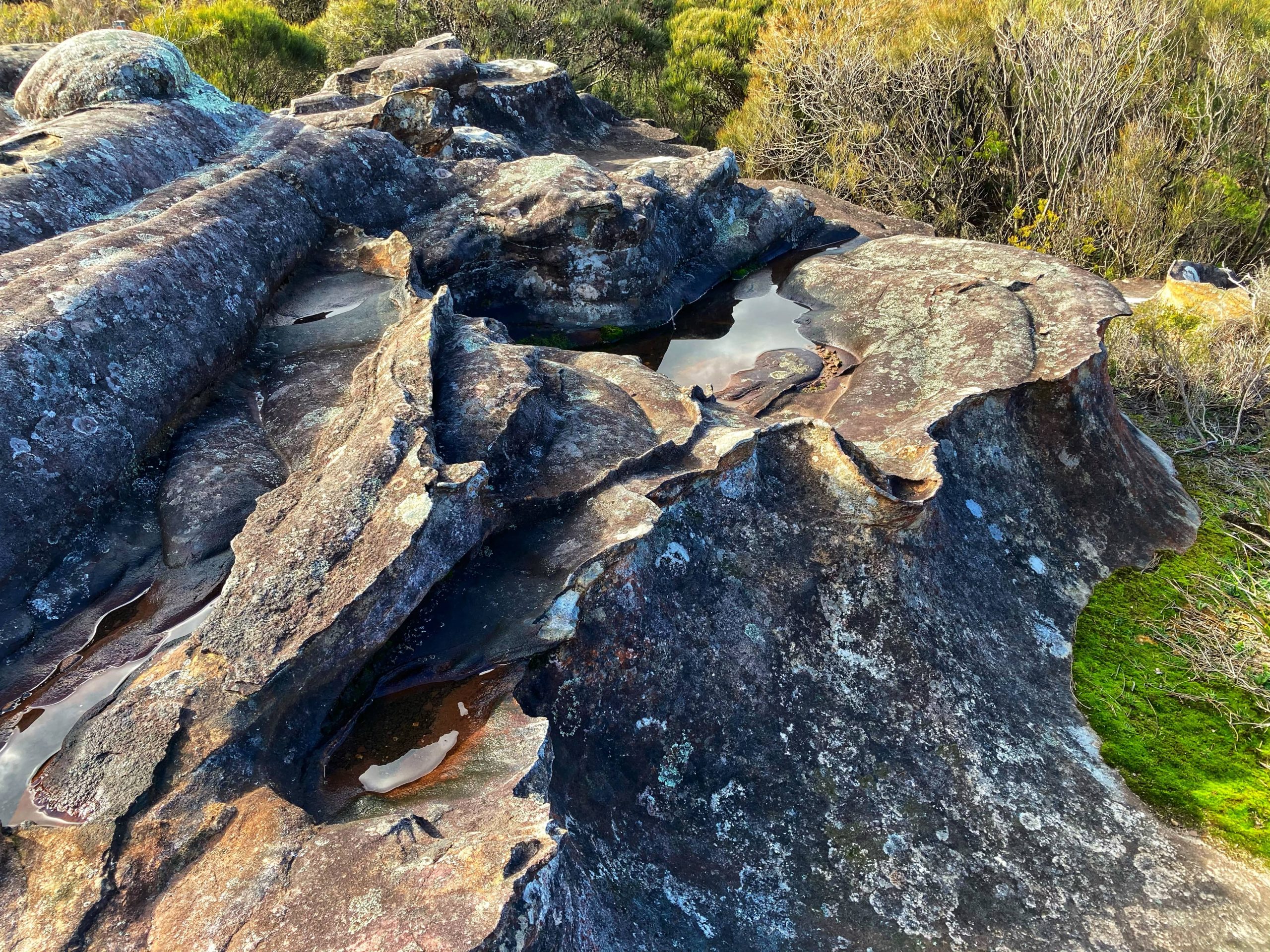 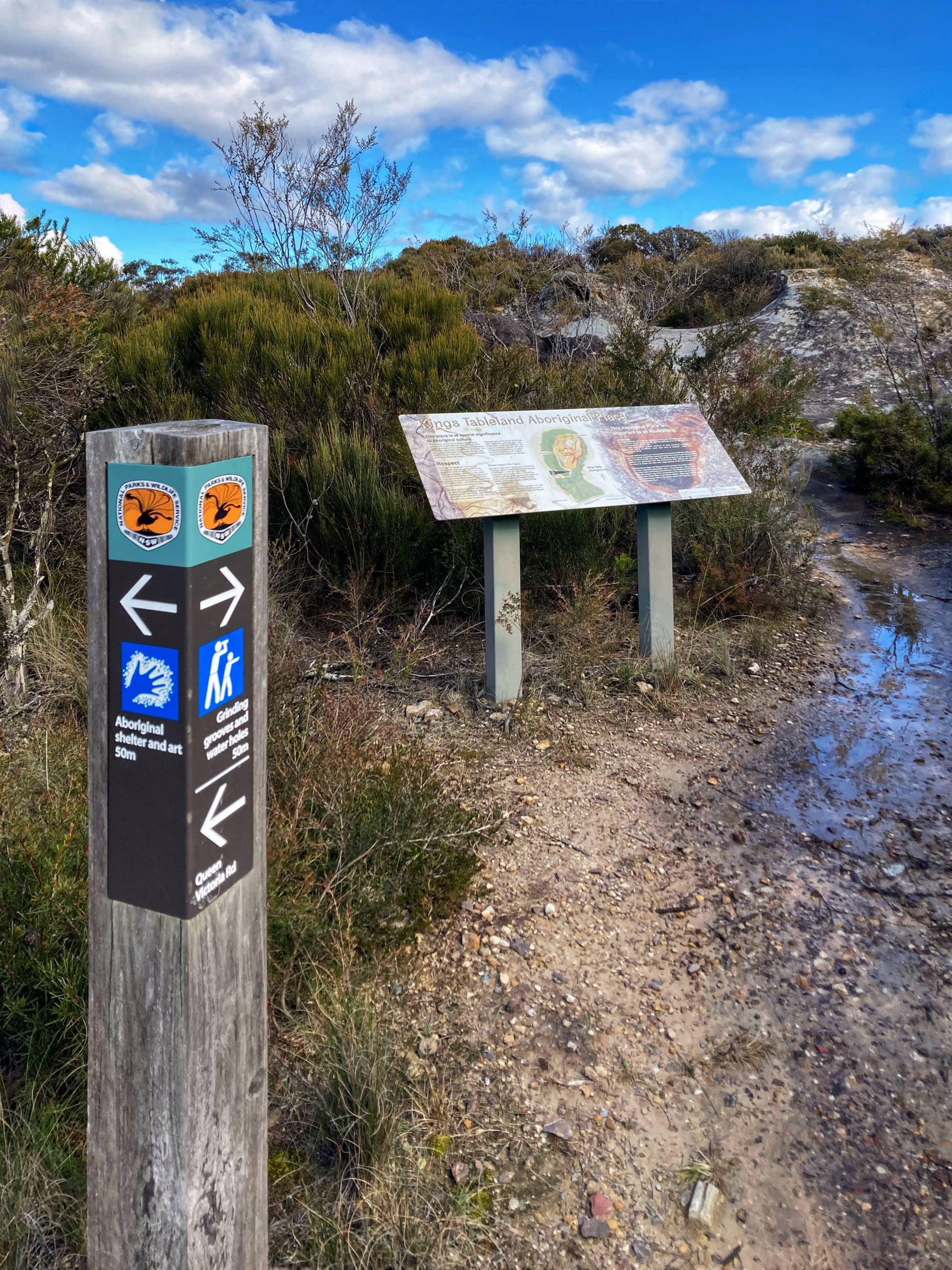 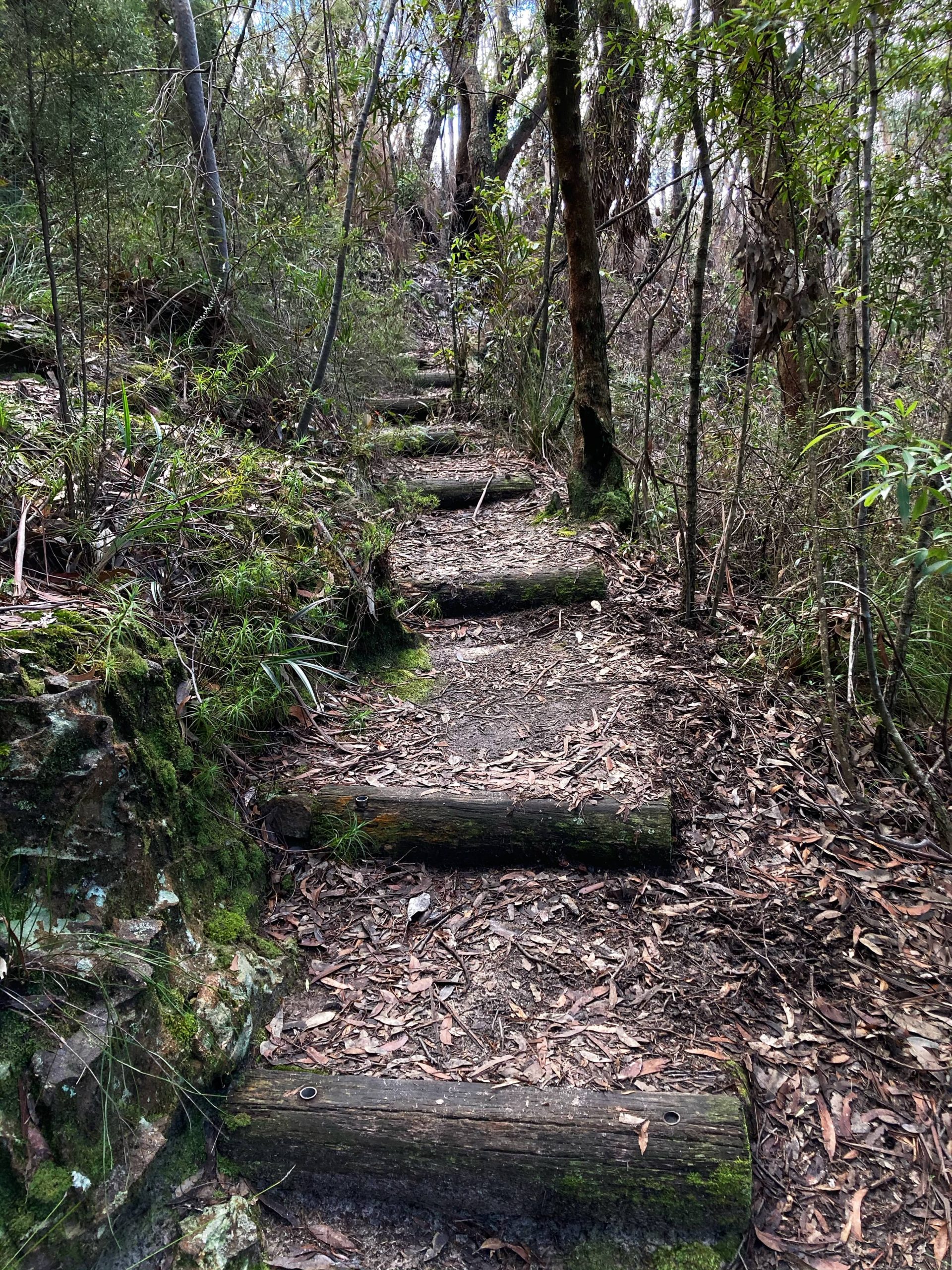 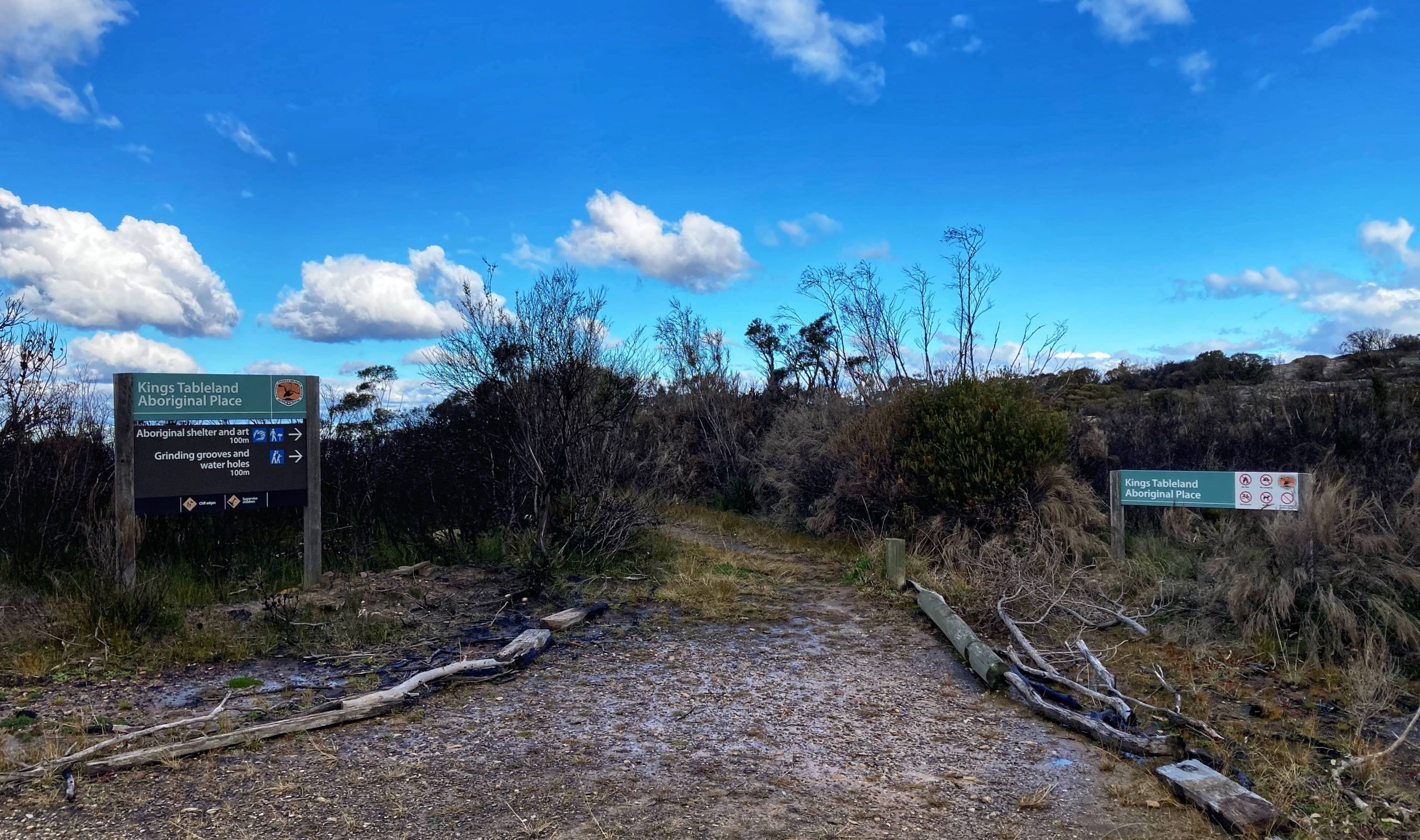