Blue Mountains National Park is home to not just one, but eight species of Waratah, along with forests of eucalyptus trees and stunning views across the New South Wales countryside.

There are many places in Blue Mountains where you can see waratahs in their natural habitat. One great spot is on Kings Tablelands Road, Wentworth Falls. Drive down as far as Battleship Tops from early September to mid October. Check out the Fire Trail “Red Ridge Trail”. Drive down it for about 150m. Here: https://w3w.co/response.recreating.drama

Waratahs are a perennial plant native to Australia, but they were introduced to California in 1853 and have since been cultivated across North America. They’re also found in Southern Europe, New Zealand, South Africa and even Japan. 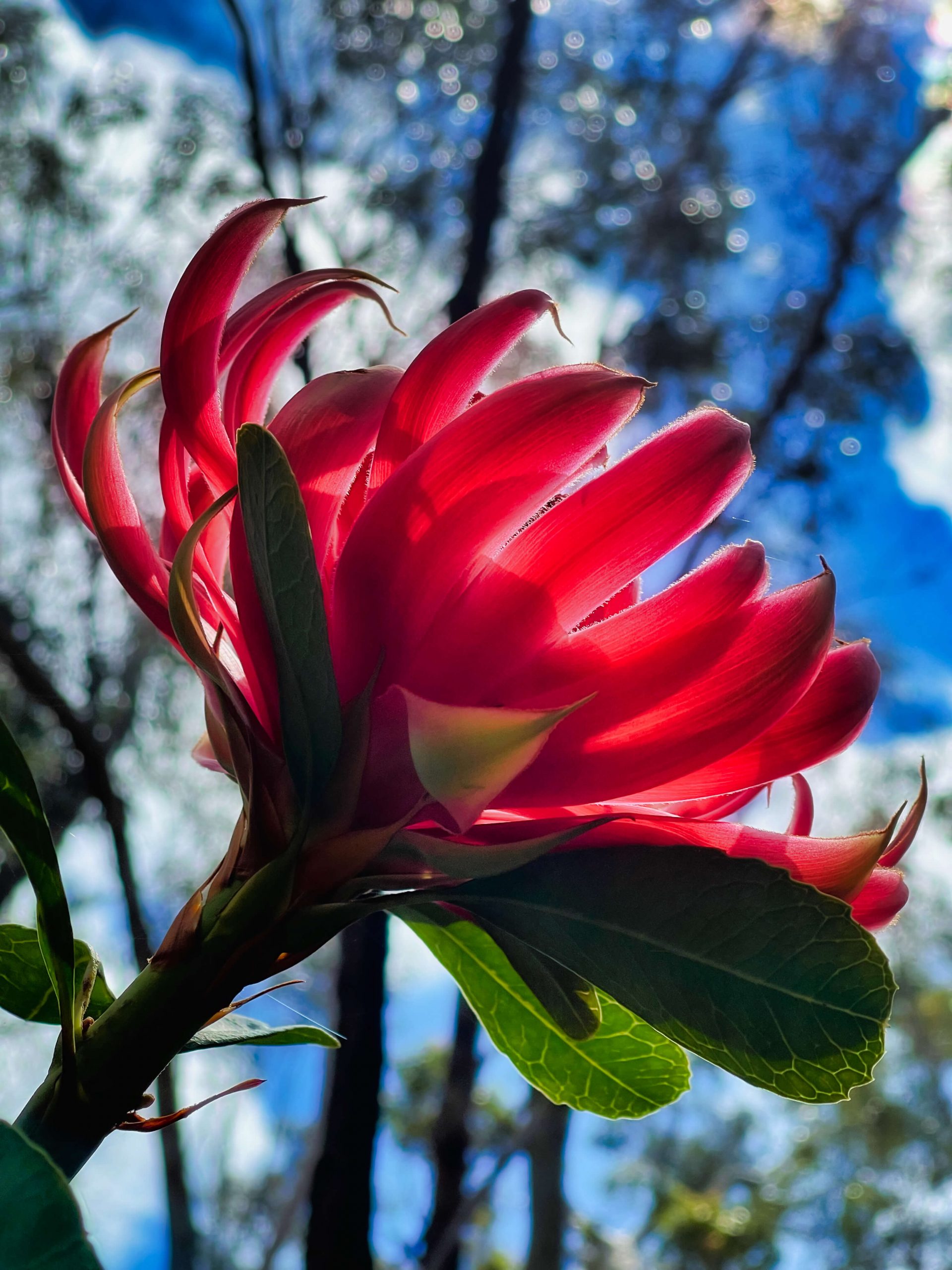 Waratah are often confused with their more common cousins, but are easy to differentiate by looking at their flowers. Waratah have five petals while other members of their family have only four. They’re also larger than other members of their family and produce multiple purple flowers on each stem, instead of clusters or single blossoms. Waratah are native to Australia, mostly inhabiting Queensland and New South Wales. The Blue Mountains is a mountainous region west of Sydney. The range stretches about 100 km (62 miles) from Katoomba in the north to Bell in its southern end. It forms part of the Great Dividing Range, separating eastern coastal regions from western plains.

Waratahs feature in Aboriginal legend, like the D’harawal story about how the white waratah became red. The flexible, new-growth branches were used by early European settlers for basket making and by blacksmiths to wrap around their implements when working with hot iron.

The first written record of the plant’s Aboriginal name ‘Waratah’ which means ‘red-flowering tree,’ was made in the notebooks of the First Fleet’s Lieutenant William Dawes. The botanical name ‘telopea’ means ‘seen from afar,’ and ‘speciosissima’ means ‘most beautiful’. 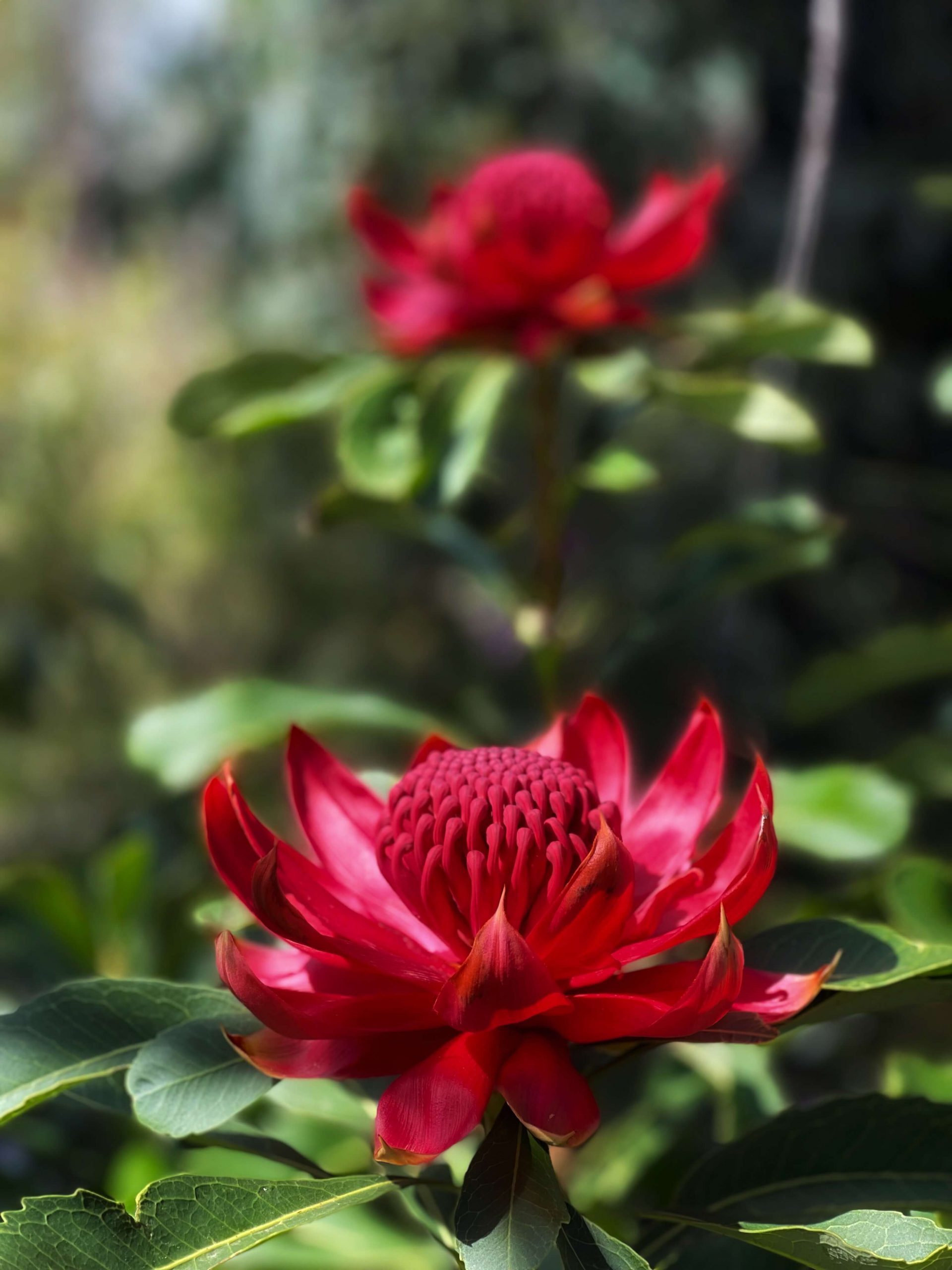 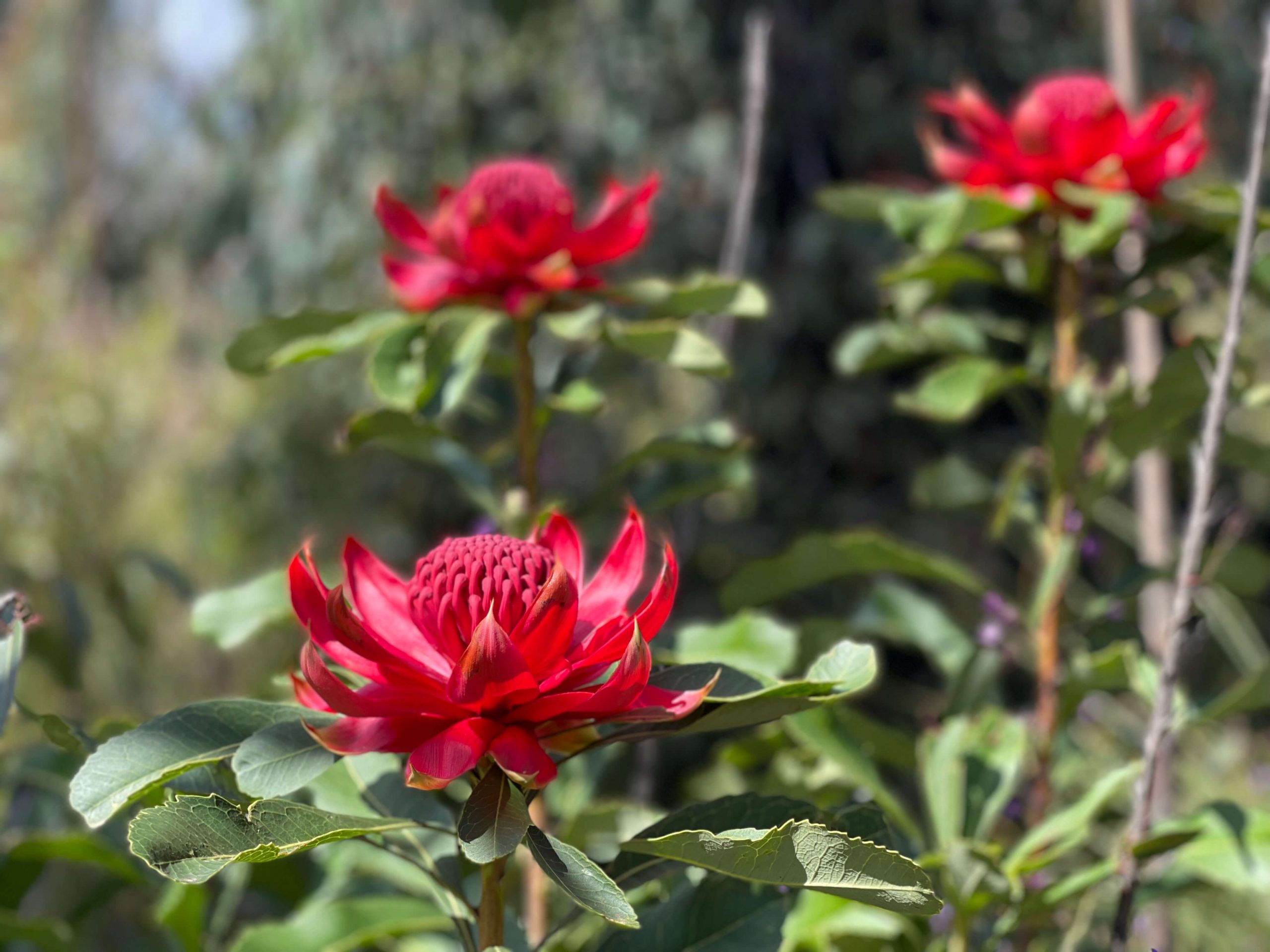 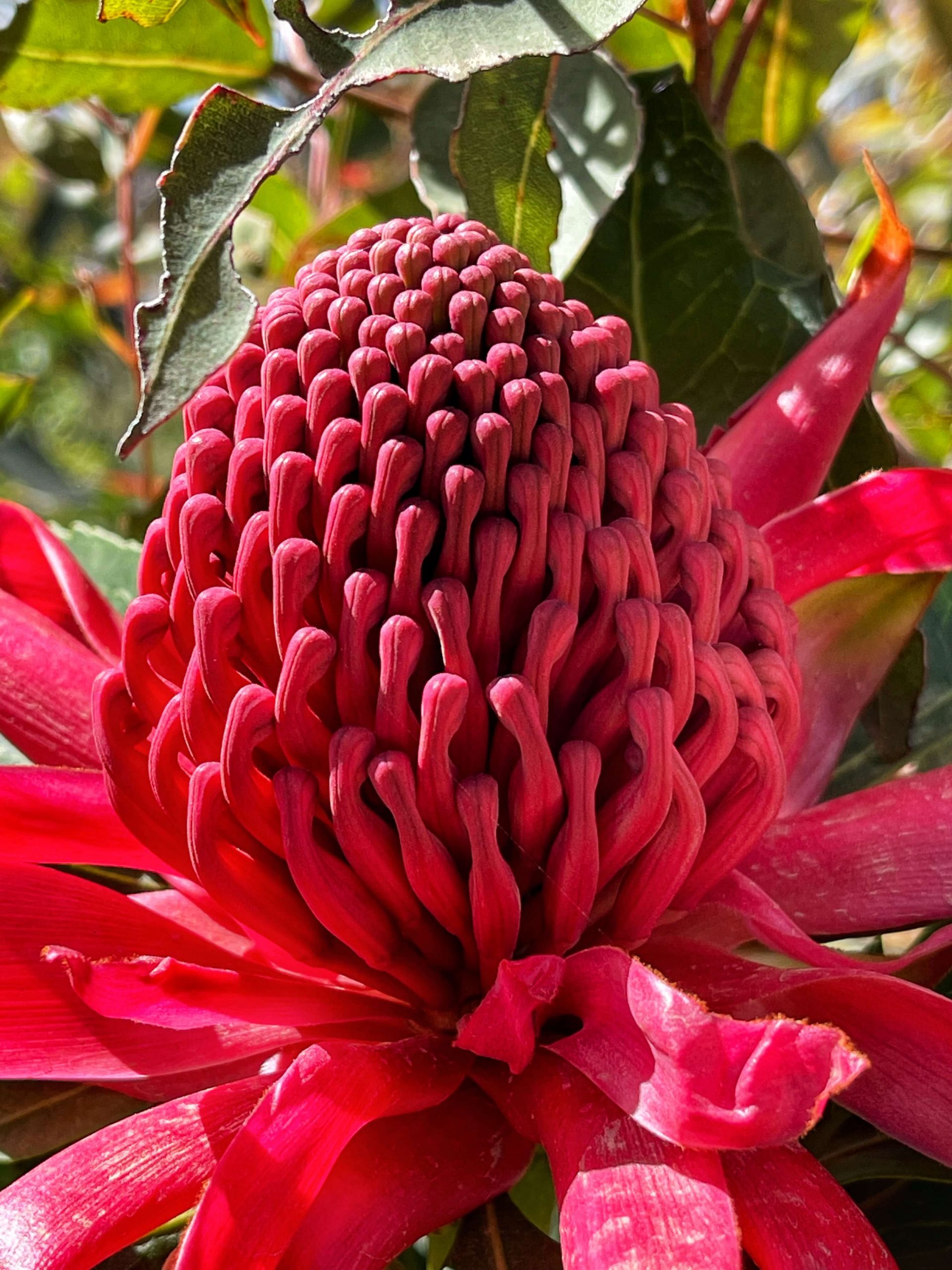 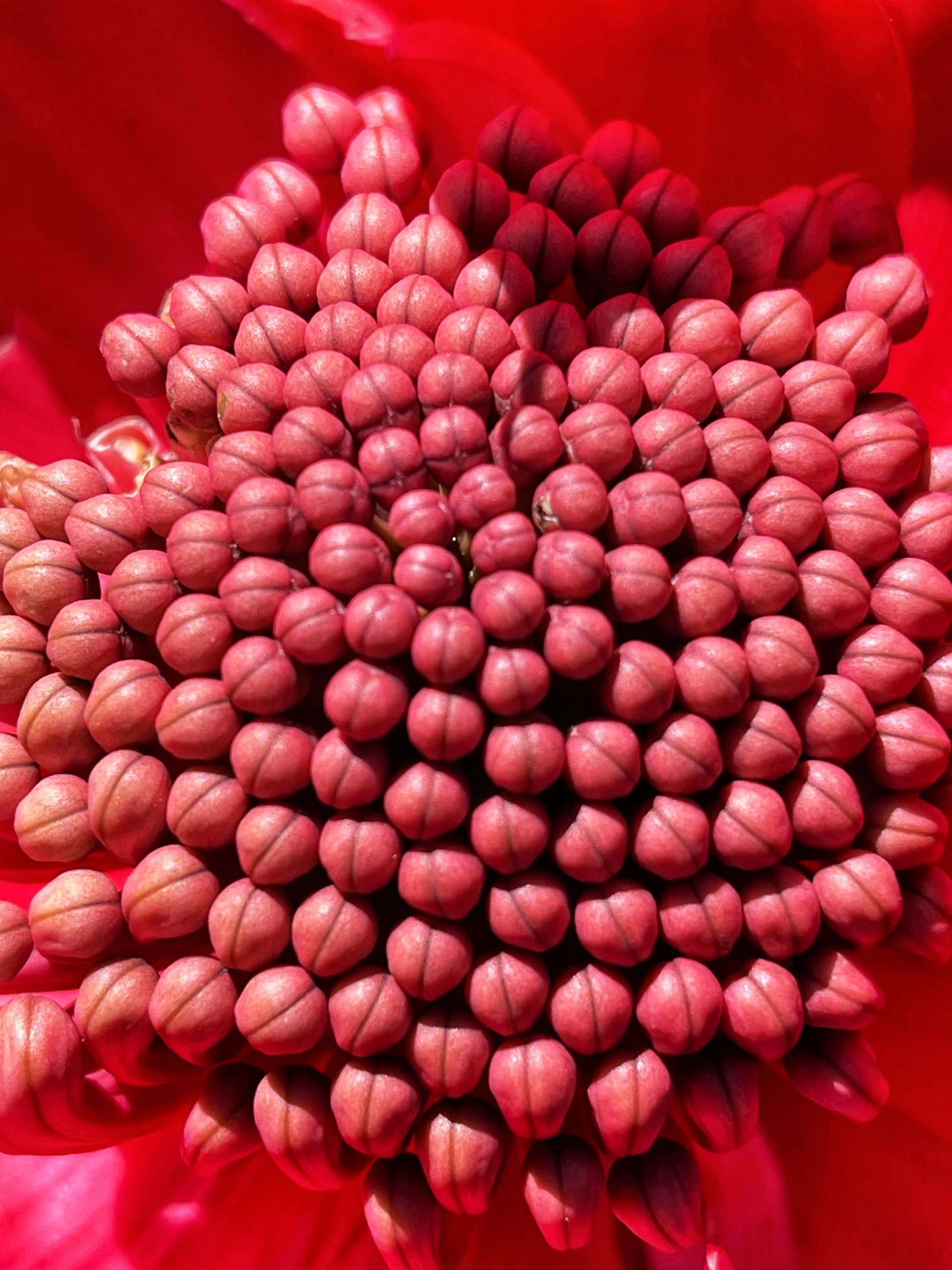 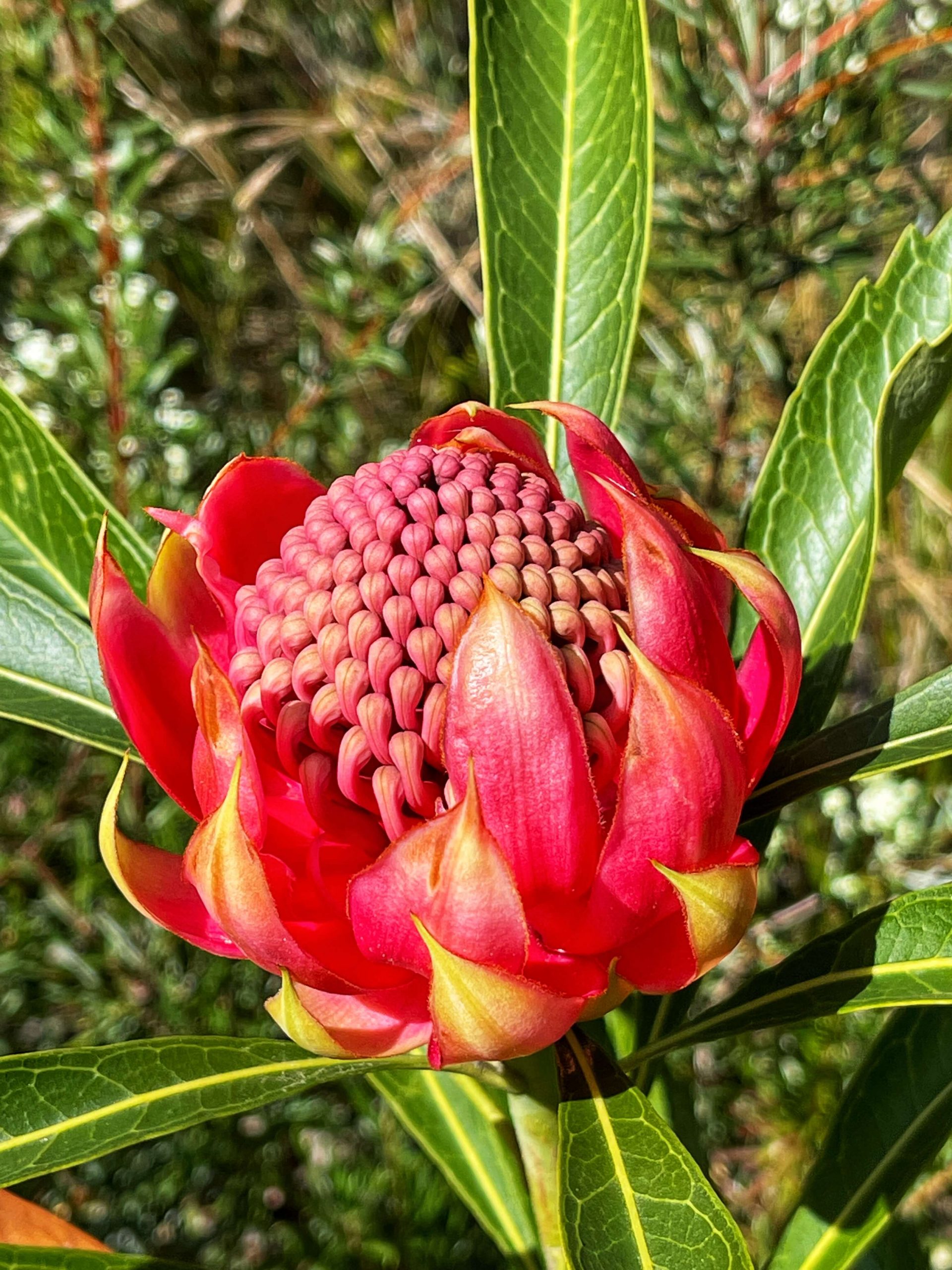 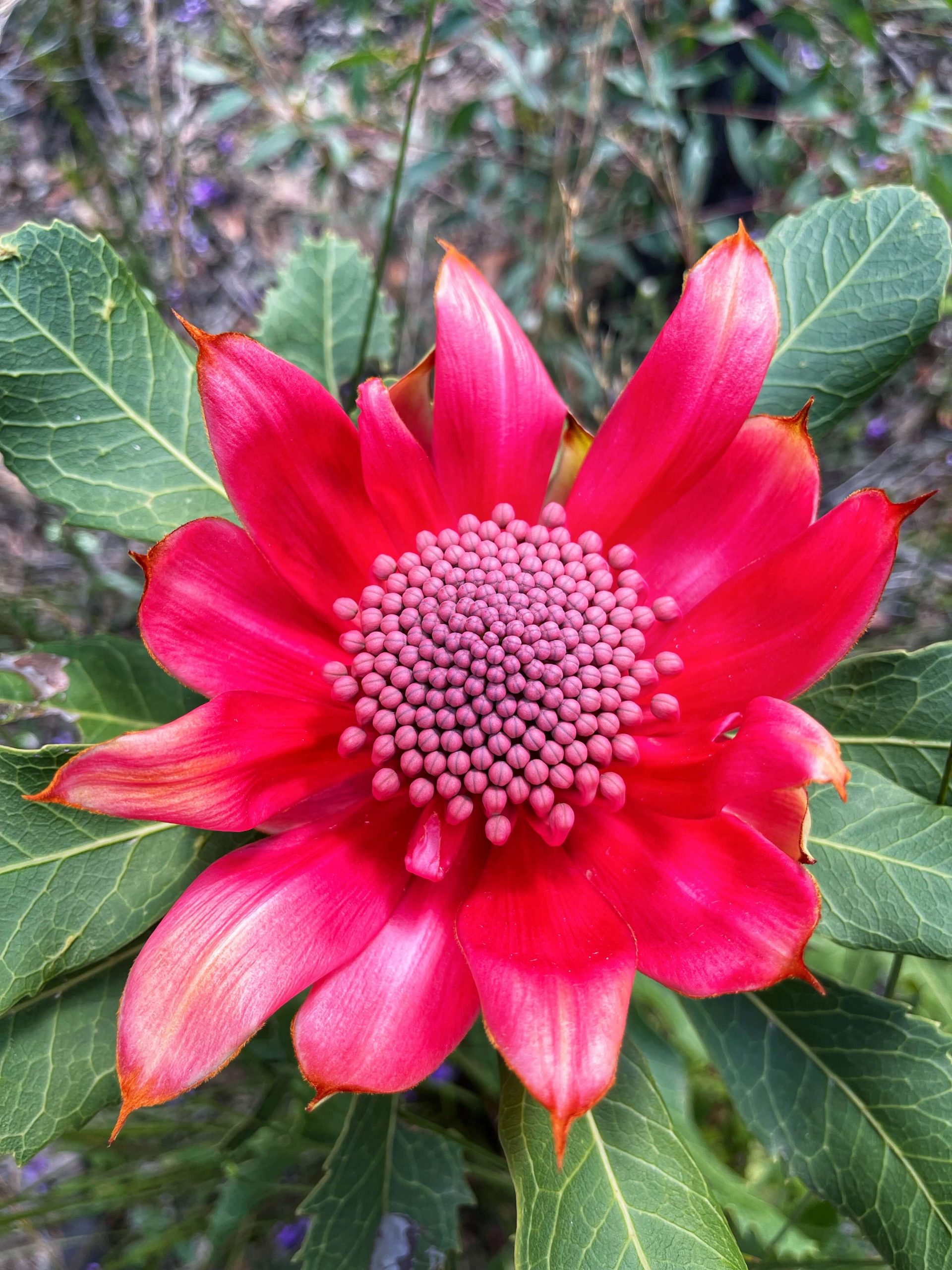 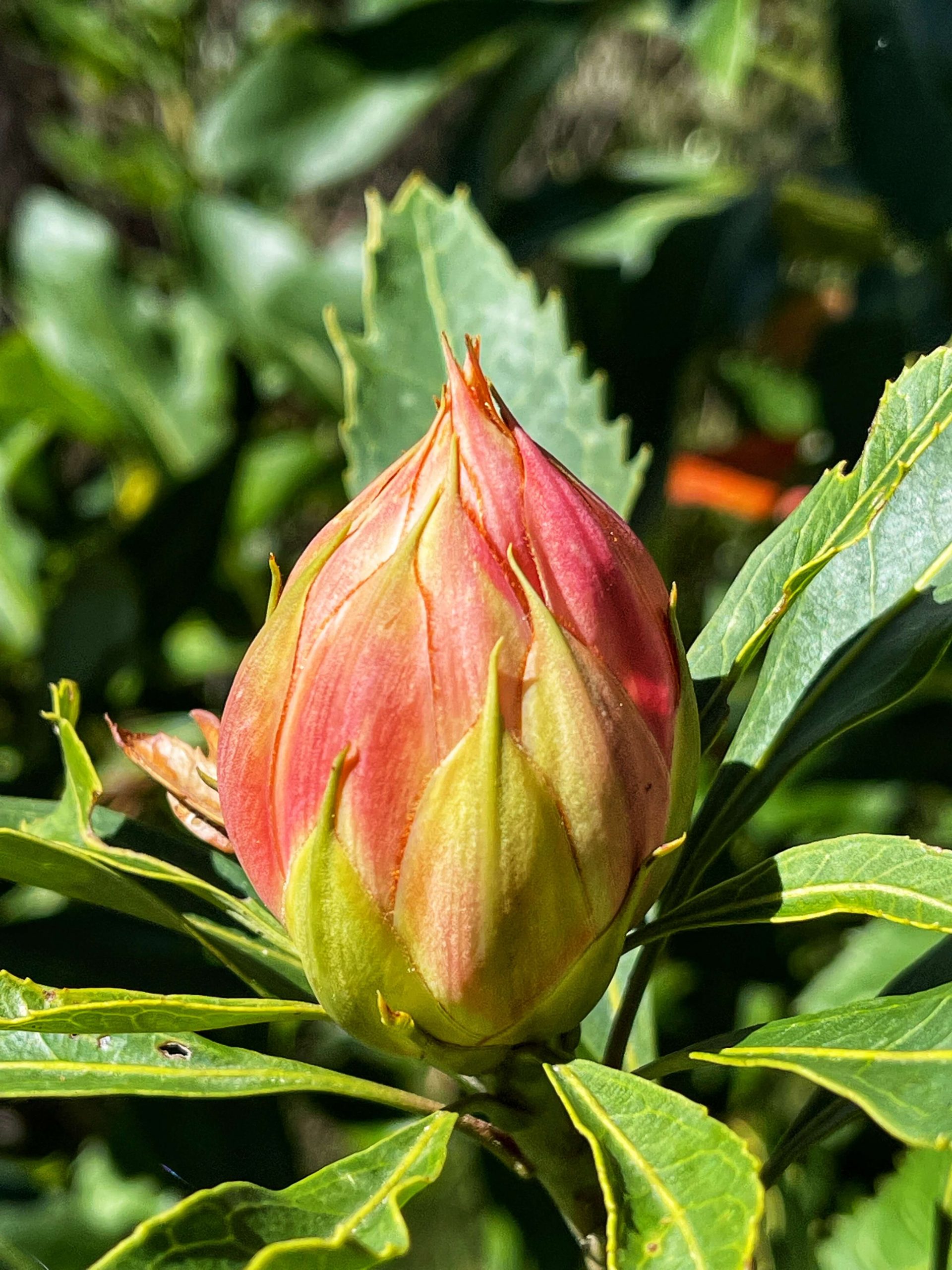 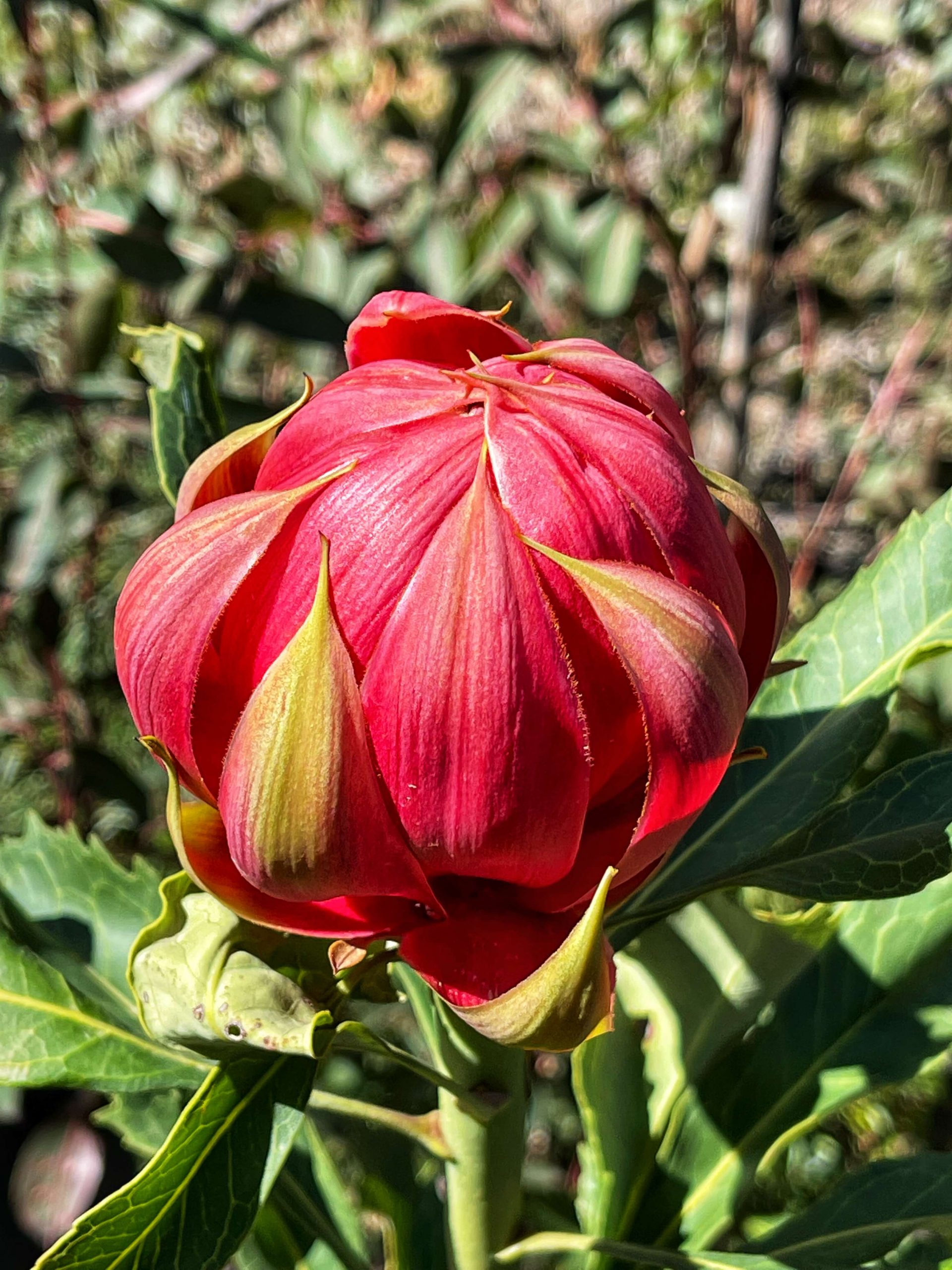 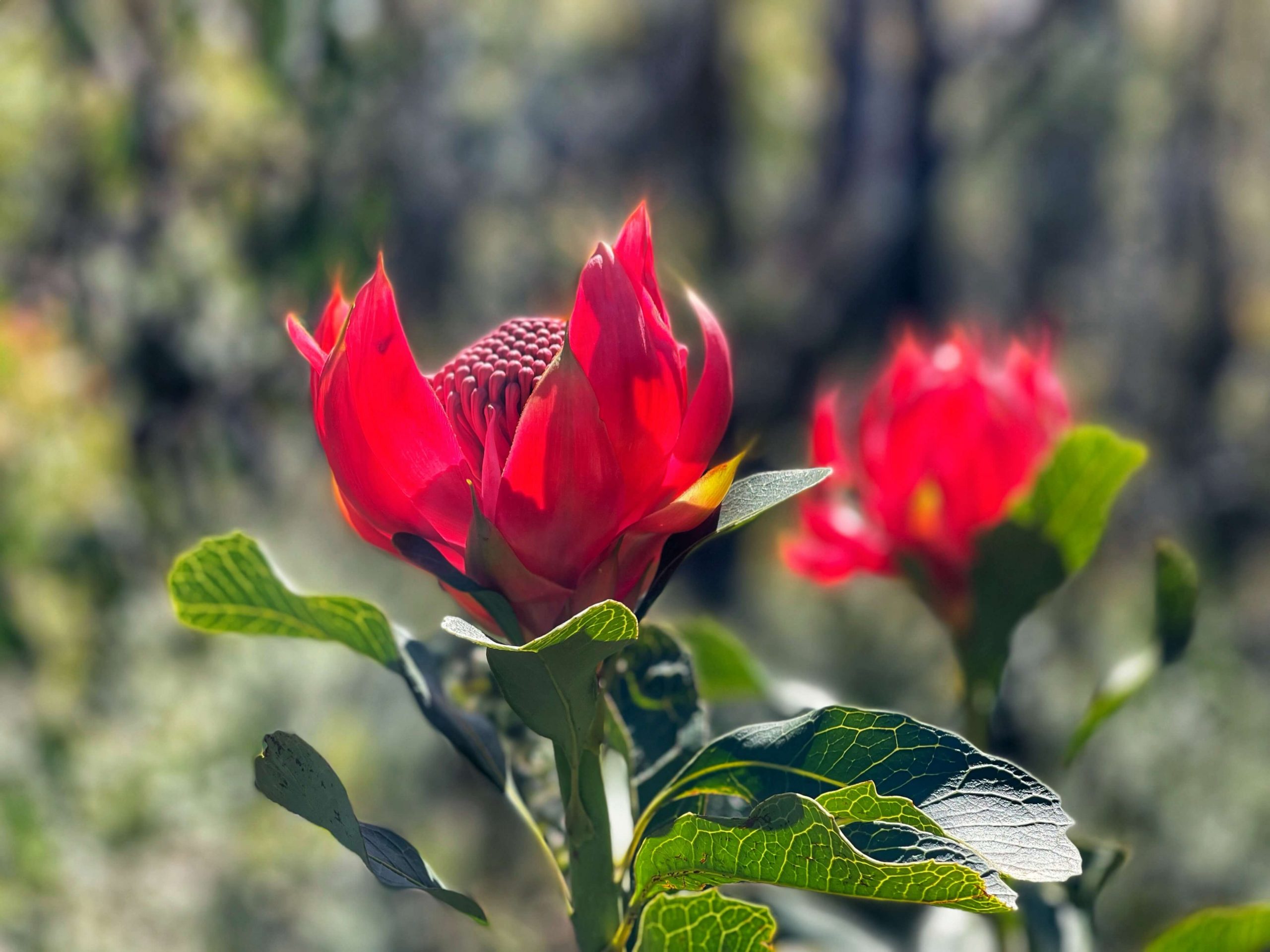 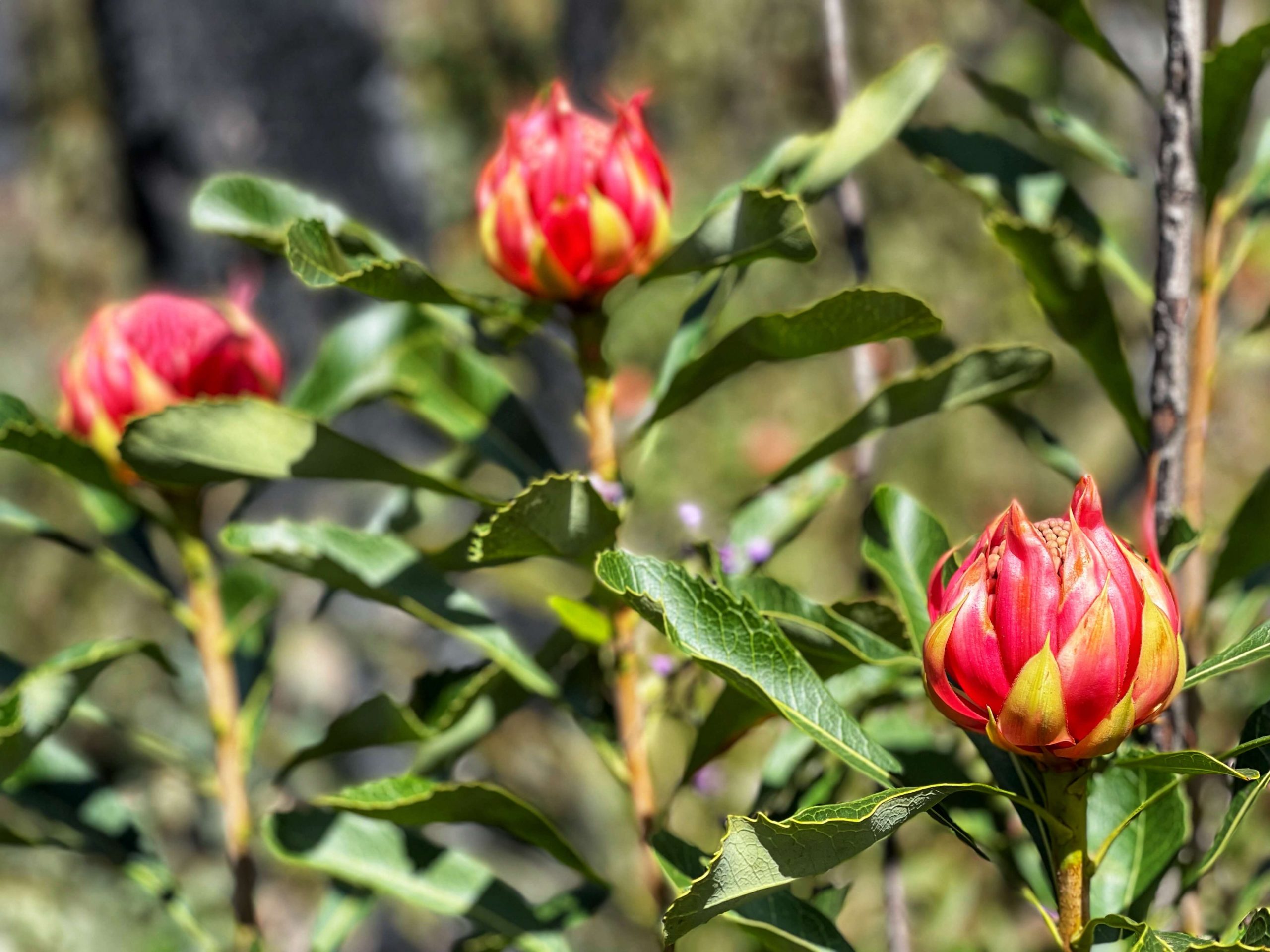 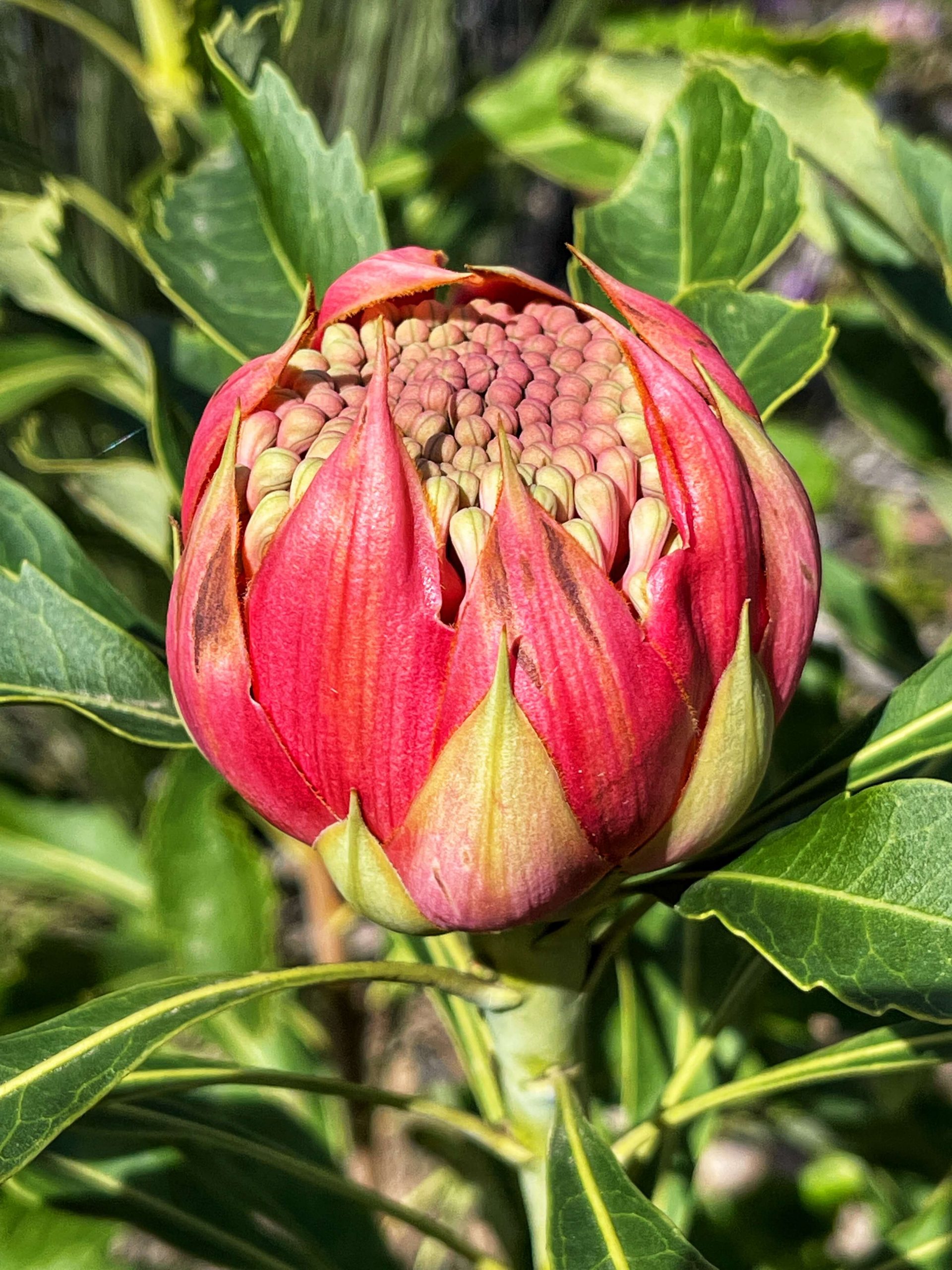 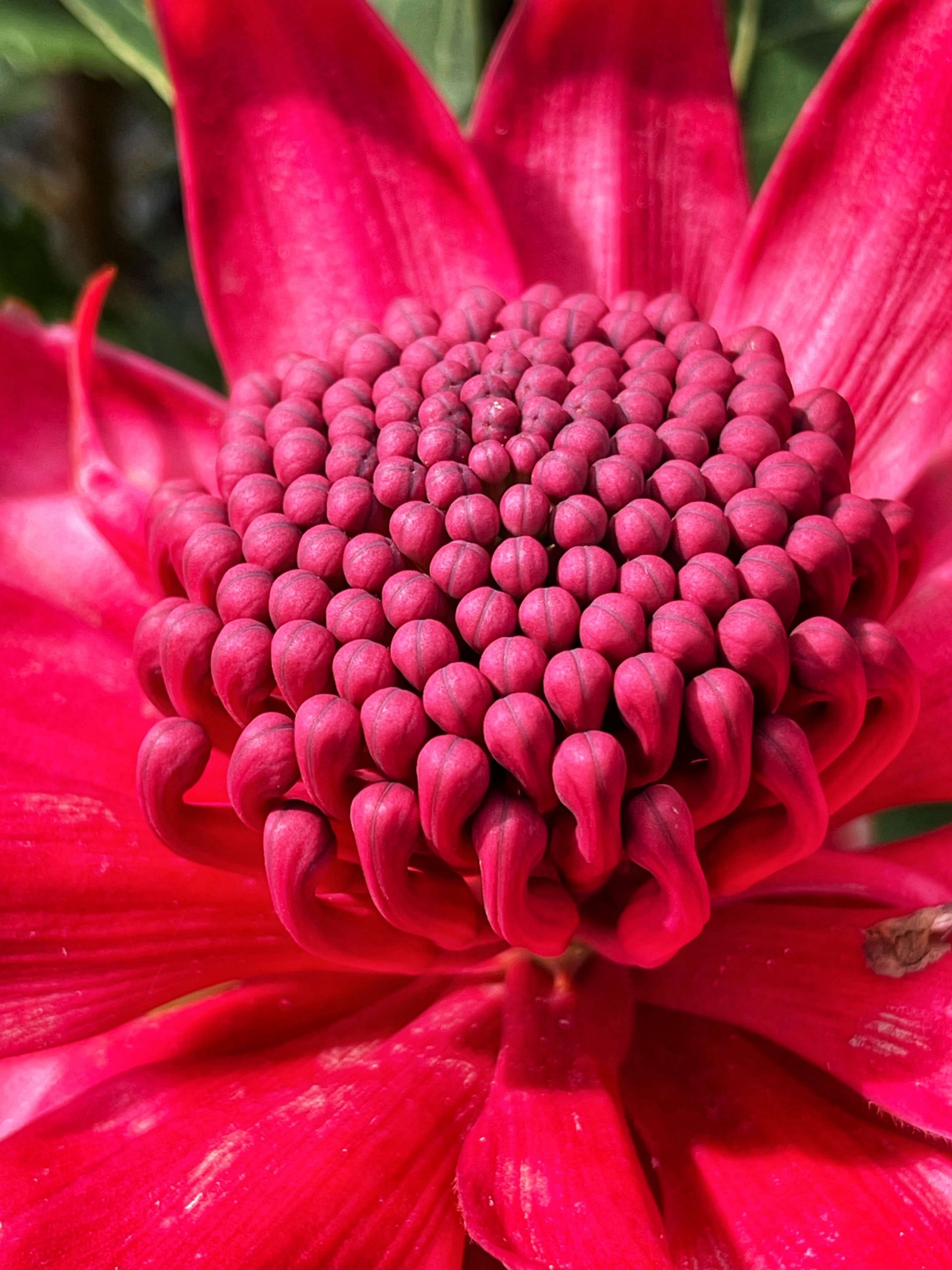 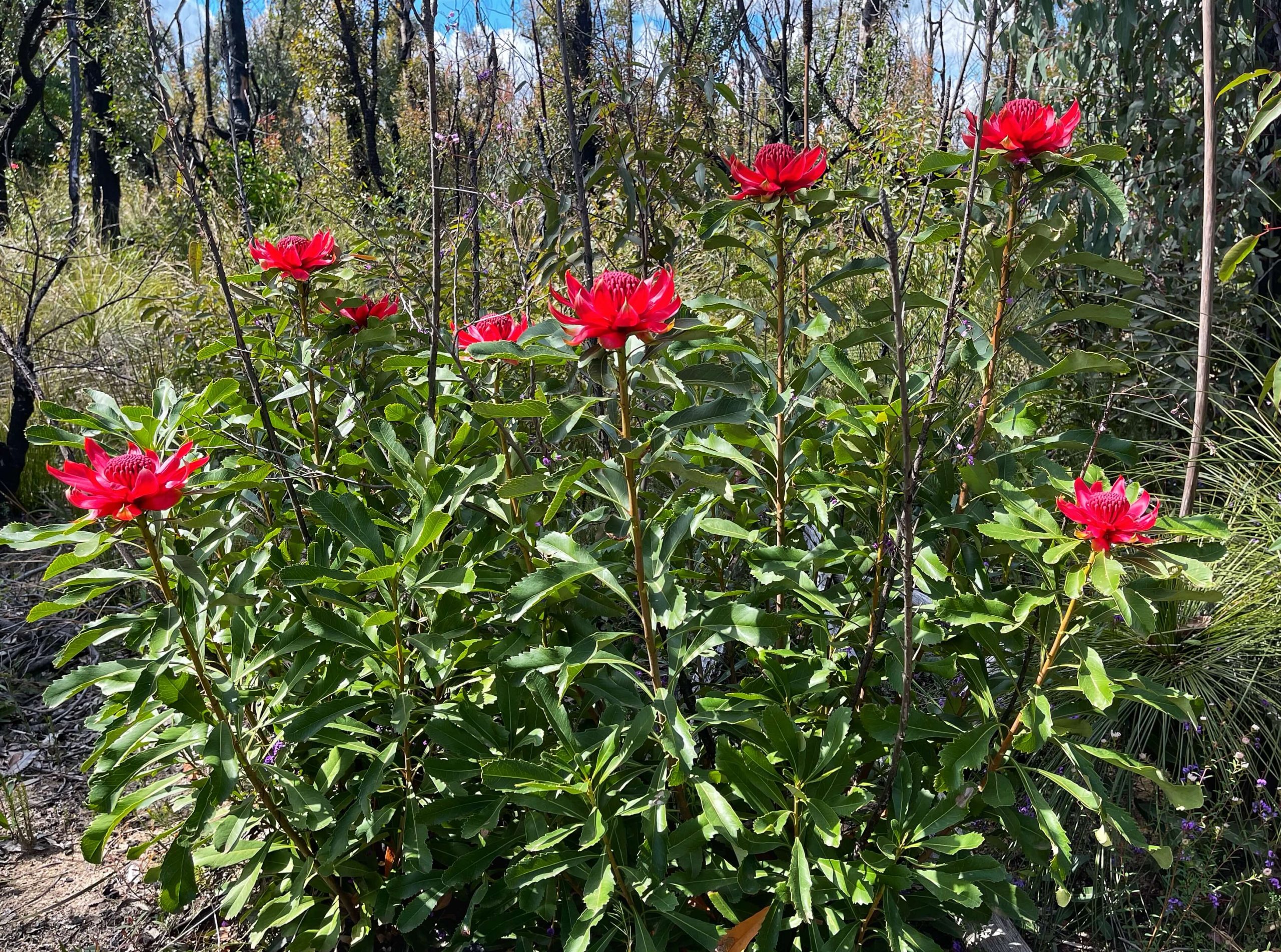 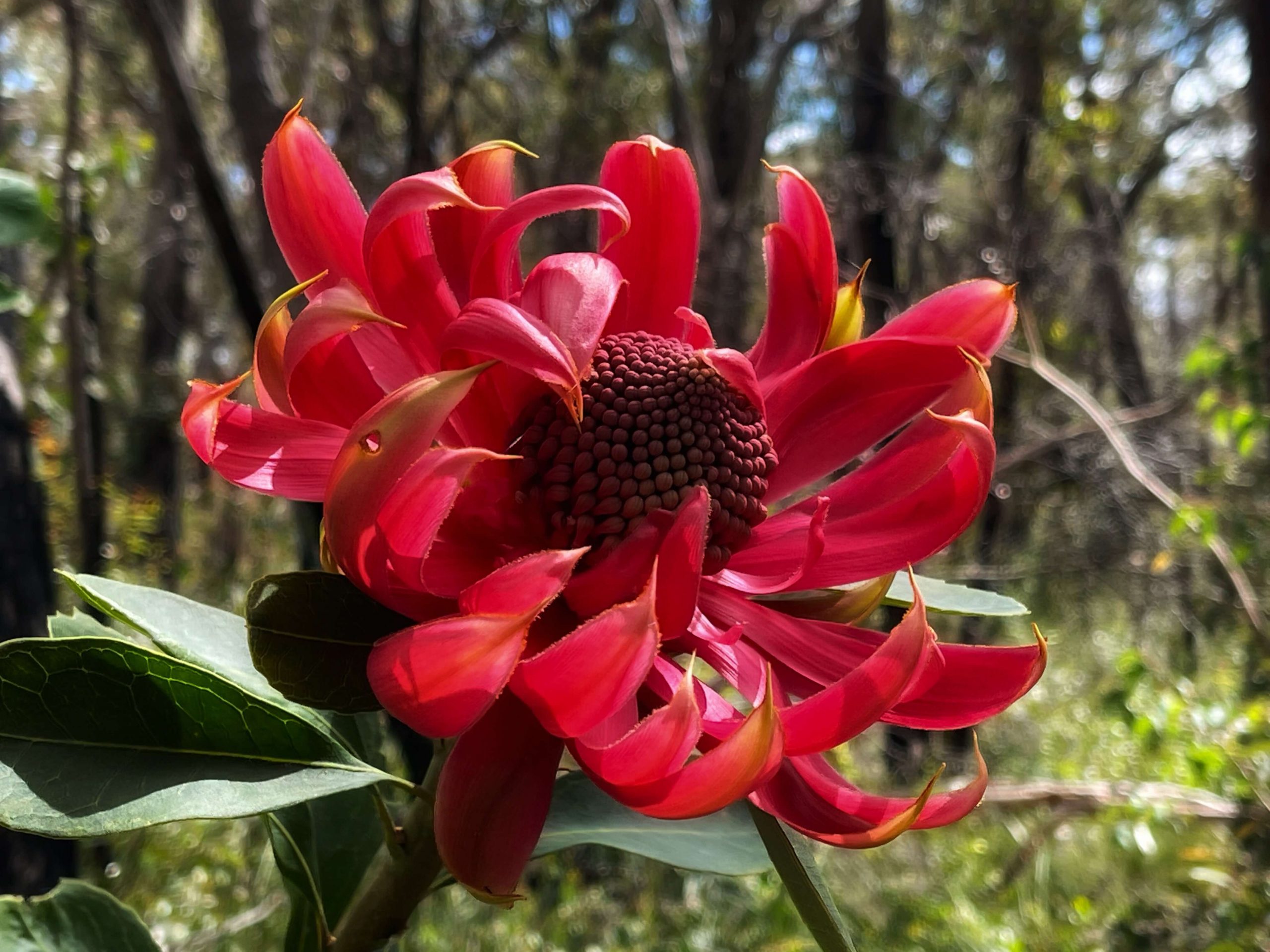 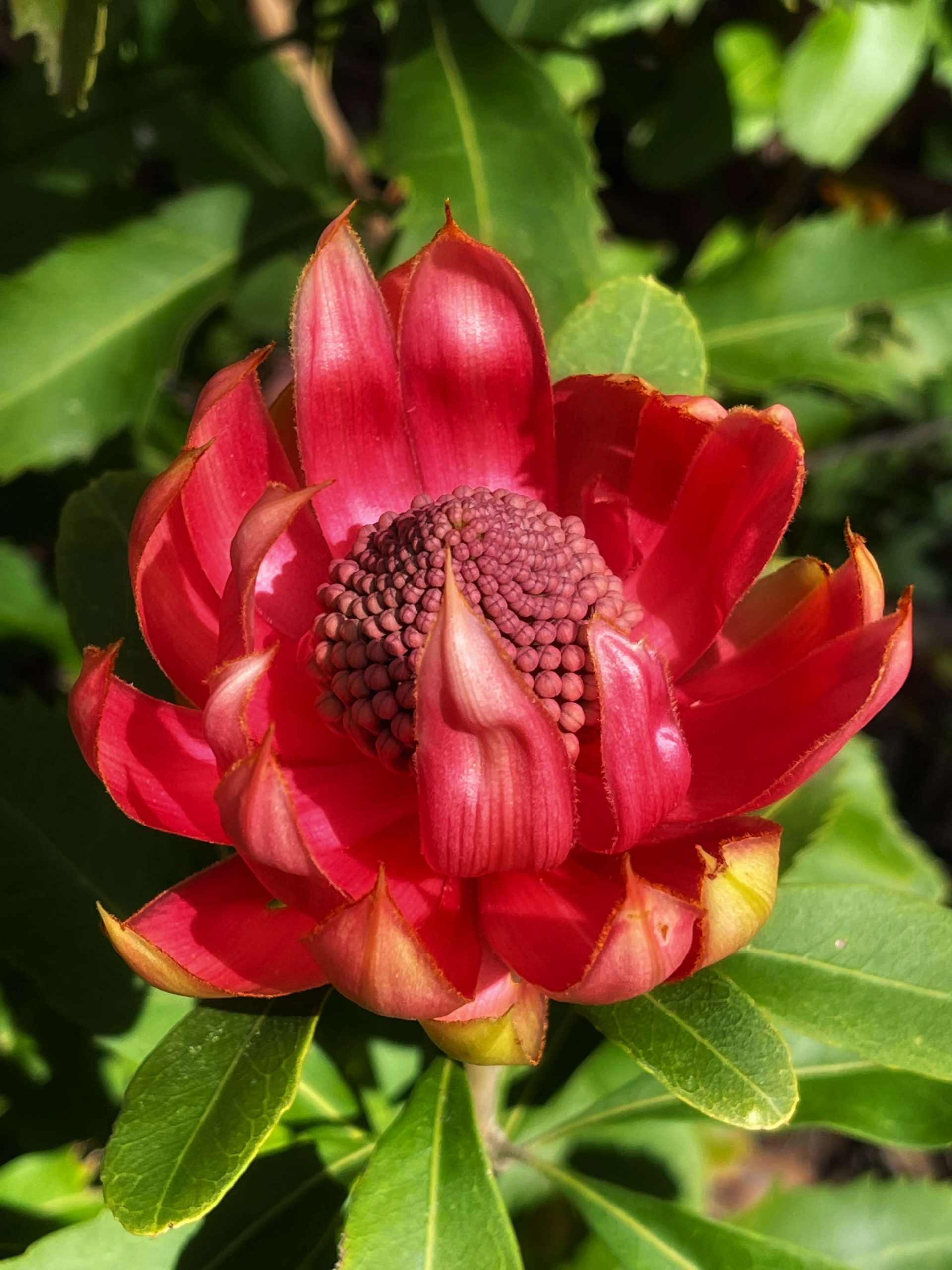 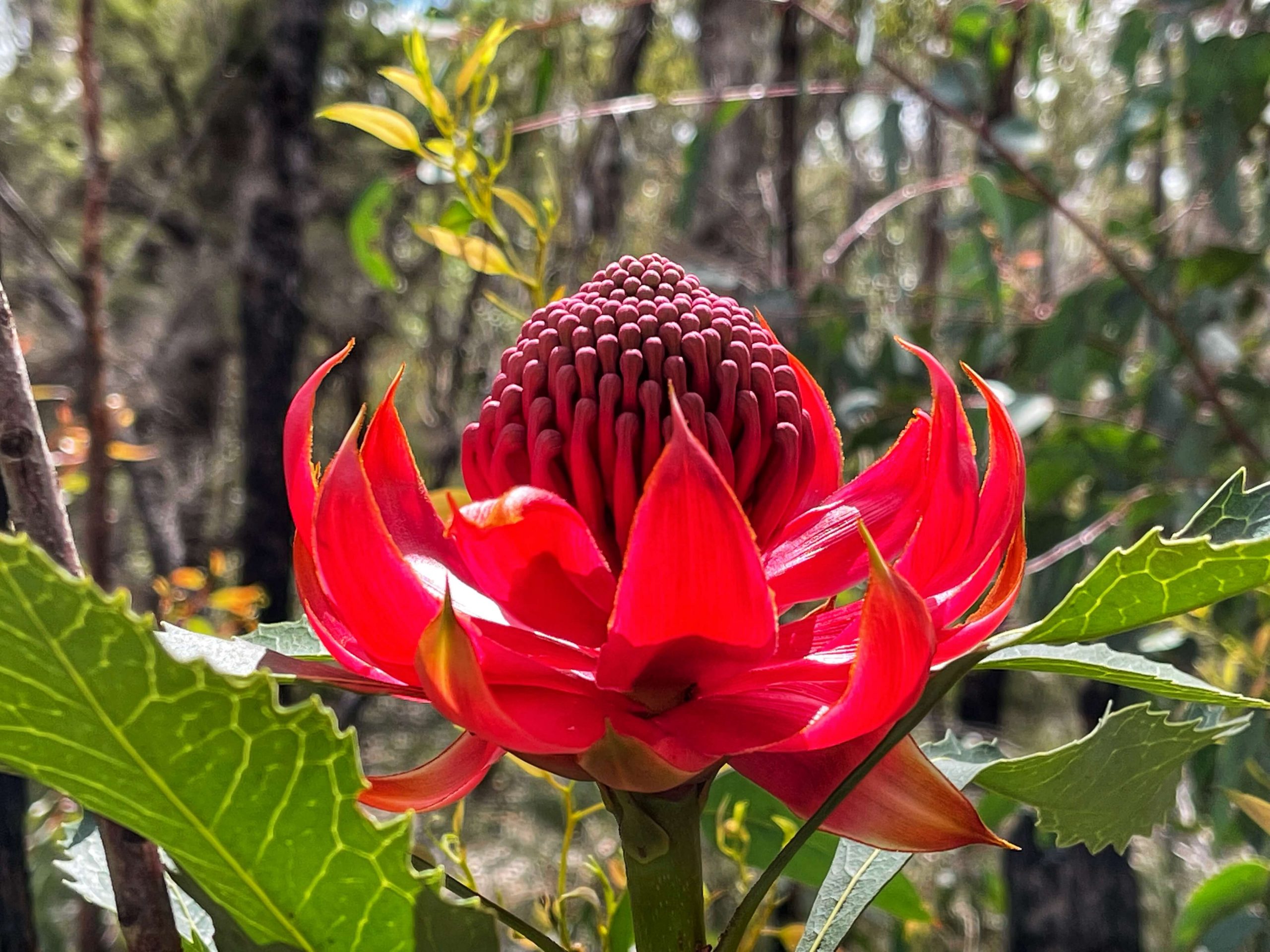 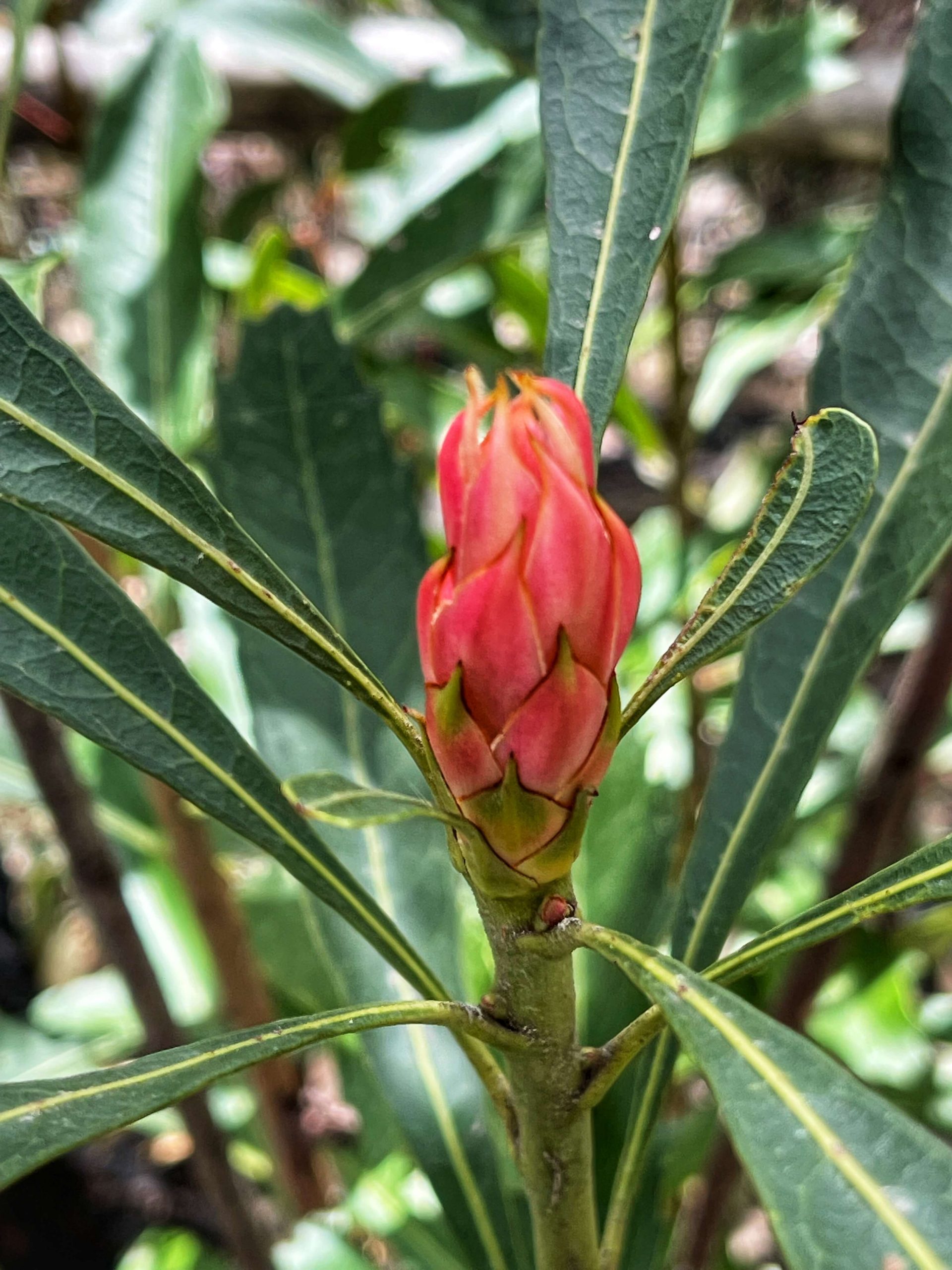