Lithgow’s Bowenfels Gun Emplacement is the only known inland heavy anti aircraft gun emplacement of its type in NSW. 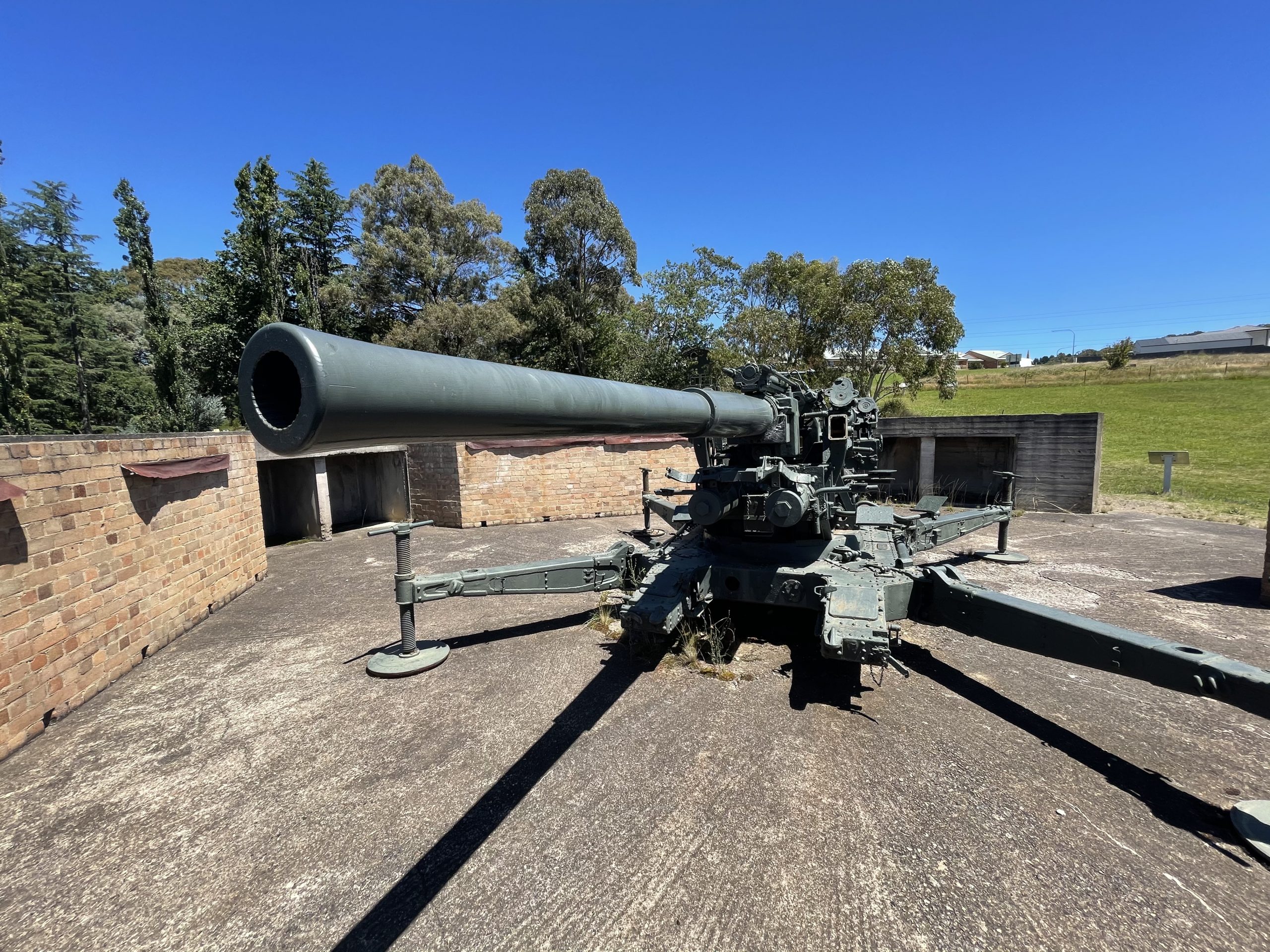 The Gun Emplacements were constructed during World War II to protect Lithgow’s important mining, manufacturing and transport industries as well as the Small Arms Factory. Following the entry of Japan into World War II and improvements in aircraft technology there were growing concerns about the vulnerability of inland areas.

The guns were never fired during the war and have since suffered from exposure to the elements for many years.

The Bowenfels Gun Emplacements have State Historical significance as an important part of the World War II network of defences of Lithgow. 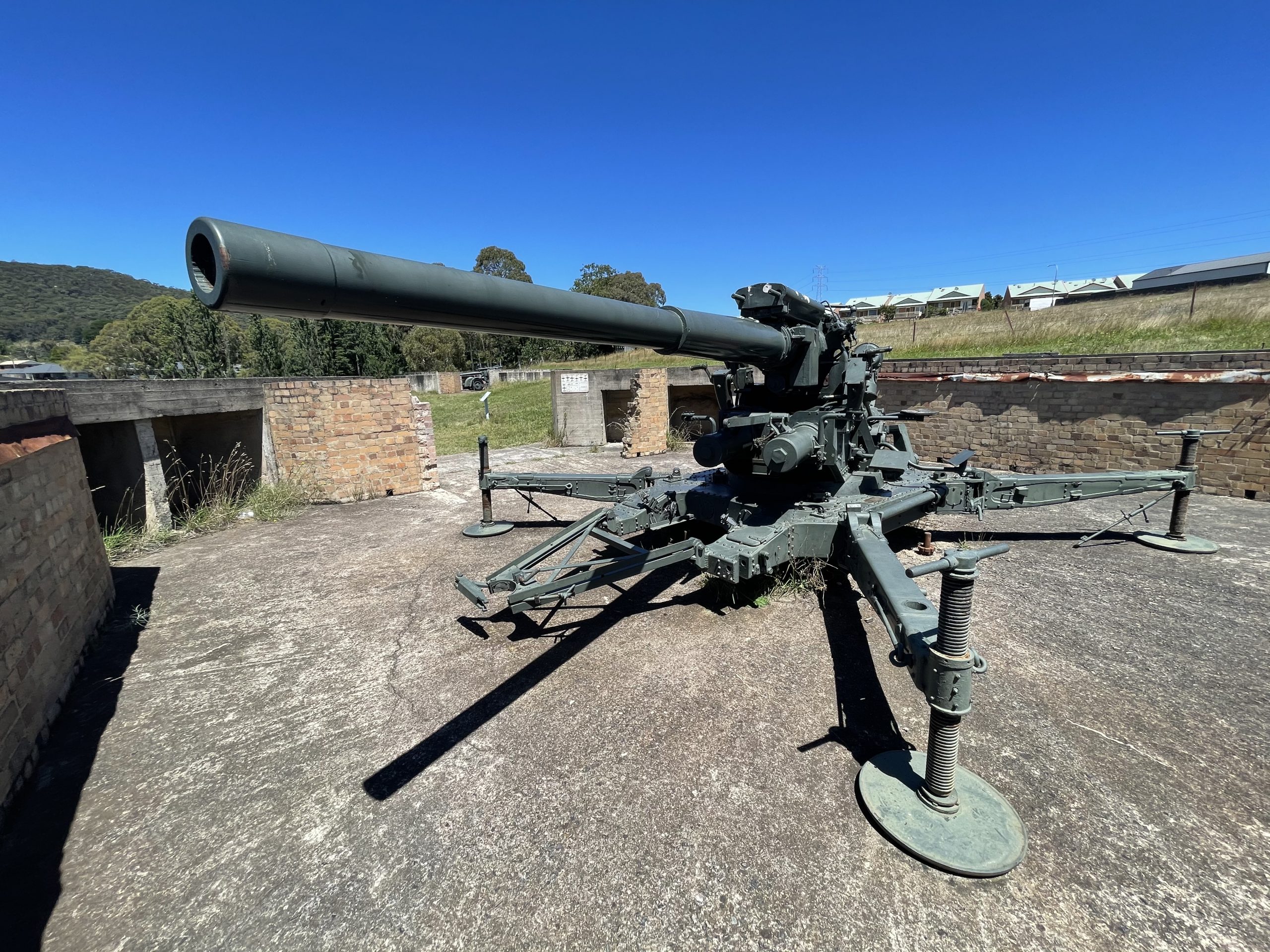 The Lithgow Anti Aircraft Gun Stations and Dummy Station have state significance as the only known inland heavy anti aircraft gun stations of their type in NSW. The emplacements were introduced as an important part of the network of defence sites established at Lithgow during the latter half of World War Two.

The defences were introduced to protect Lithgow’s important mining, manufacturing and transport industries and the Lithgow Small Arms Factory. The construction of these defence facilities together with those at the Small Arms Factory represents a changing national defence policy in response to the entry of Japan into World War Two, and an increased perception of the vulnerability of inland areas brought about by improvements in aircraft technology. This is further demonstrated by the construction of the dummy batteries to ensure local defence facilities were not easily targeted during an enemy attack.

The Bowenfels Gun Station is located in a vast cleared area which gives way to new development in some directions with the mountains clearly visible in the distance. The Great Western Highway is in close proximity.

2ND LOCATION: The 2nd station is at Scenic Hill is located in a vastly different environment among disturbed bushland demonstrating the more isolated environment it was historically a part of. Its dummy gun station is located off a track in the middle of bushland.

1943-44 – Guns removed from Gun stations
2003 – Bowenfels Gun Sation cleared and cleaned and guns representative of the original guns located in three of the four emplacements. 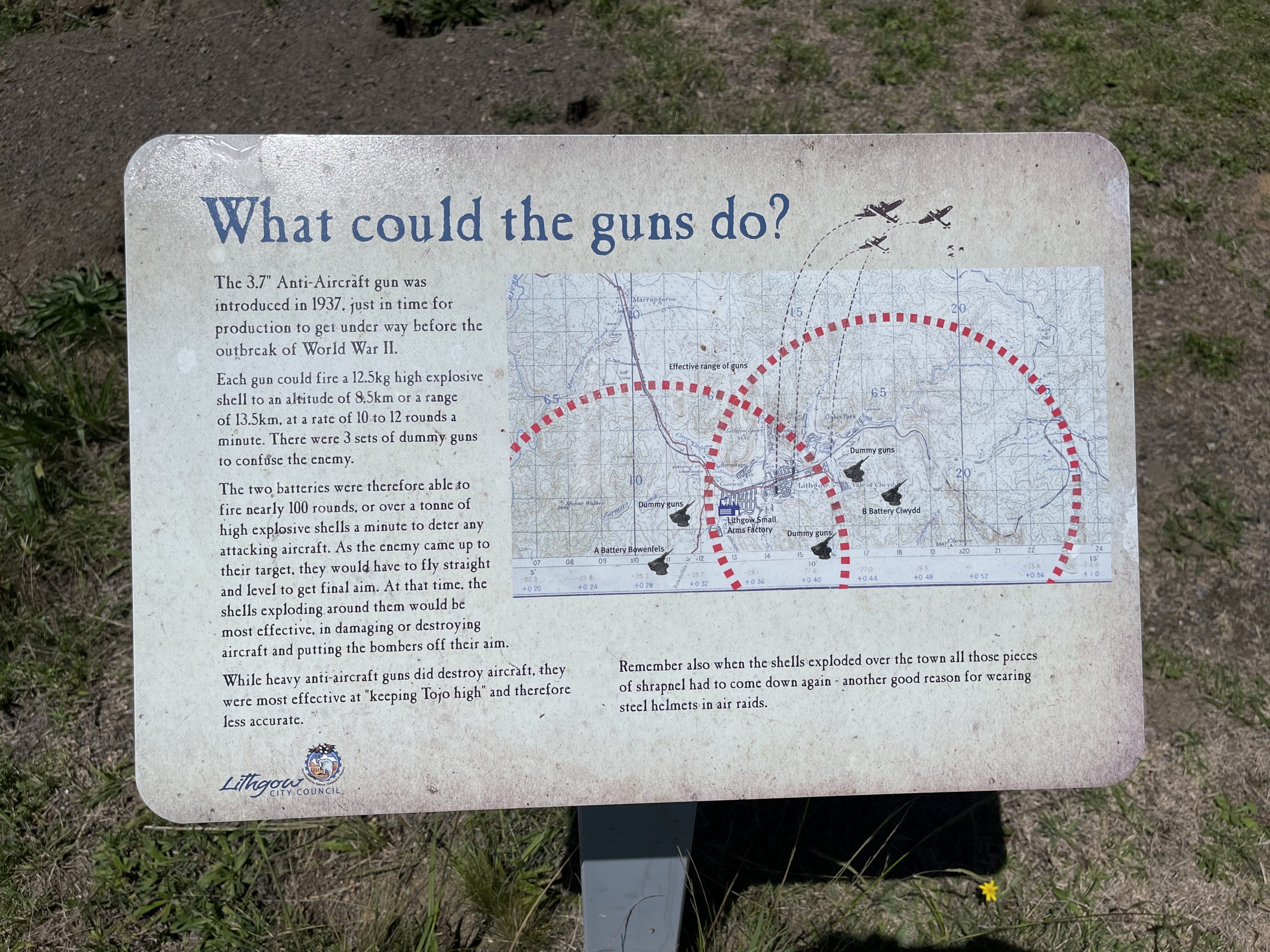 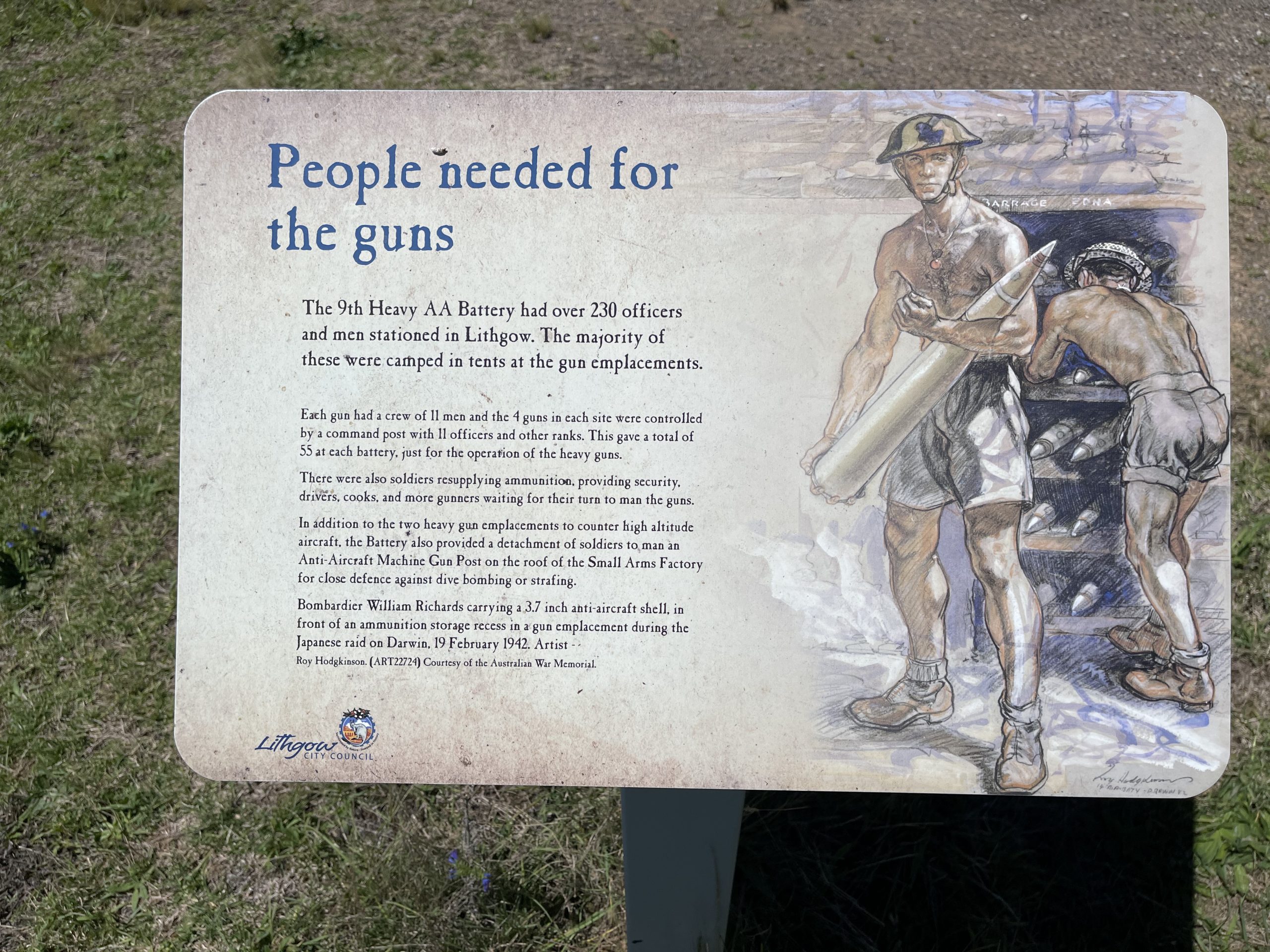 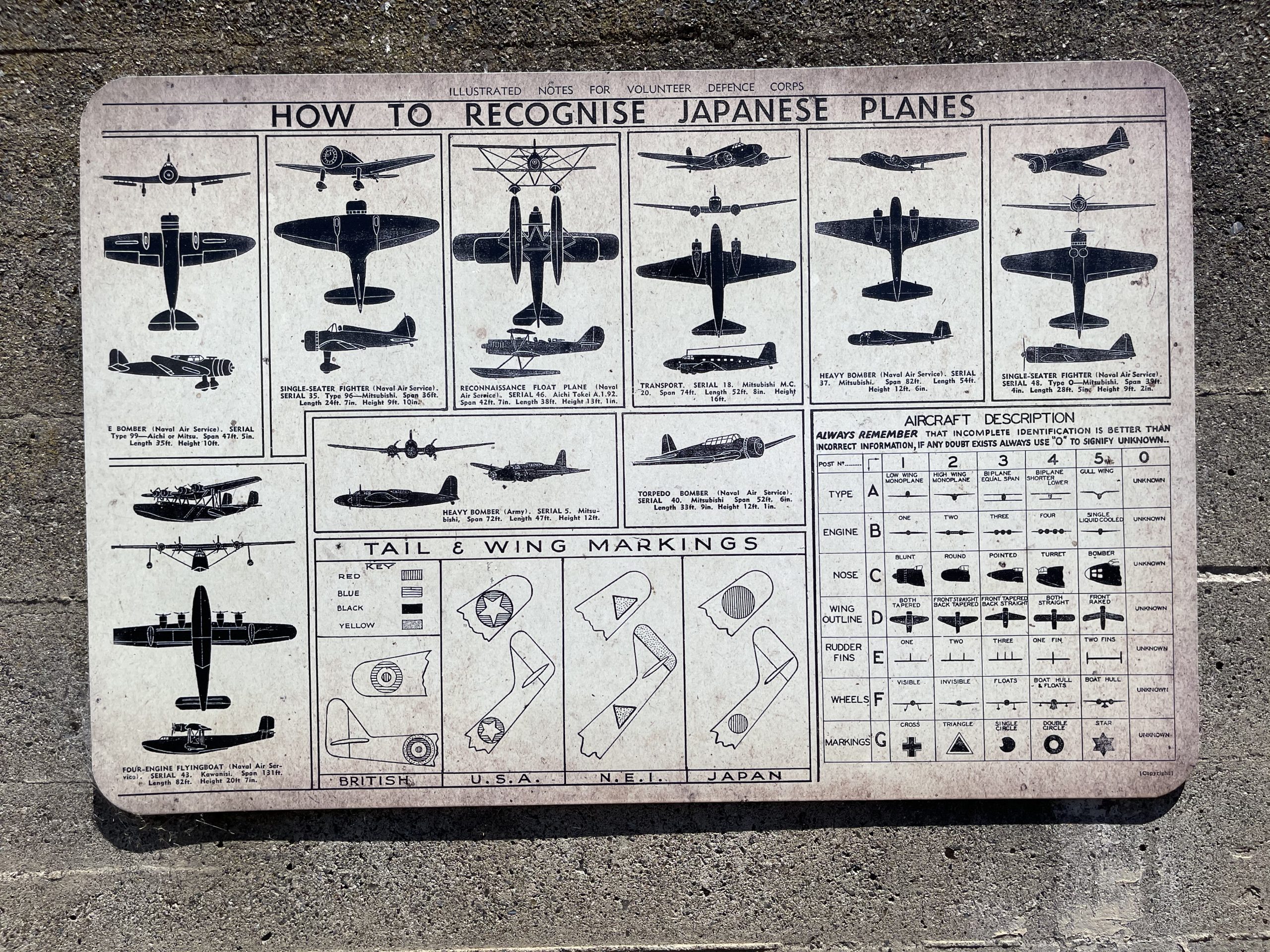 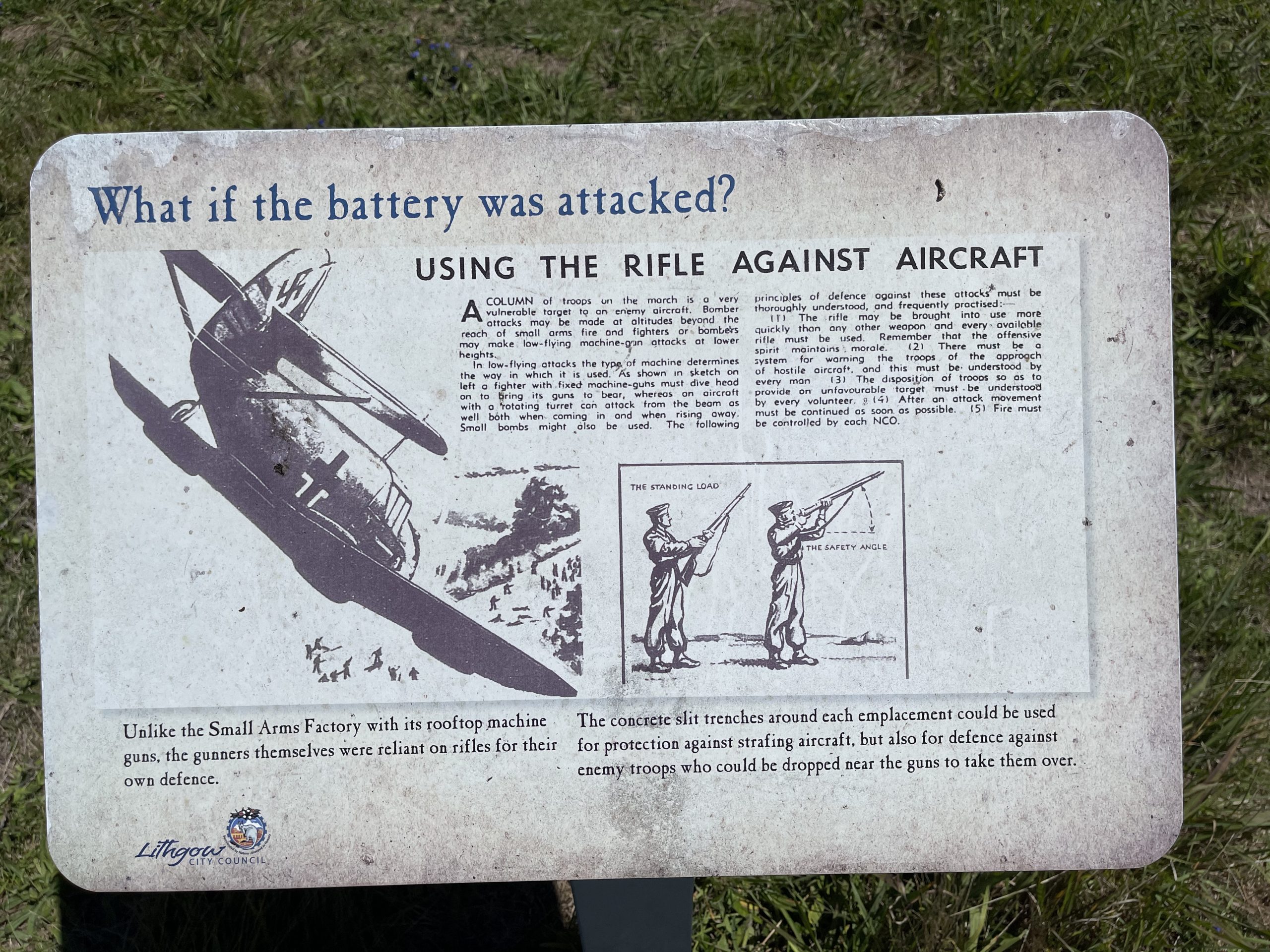 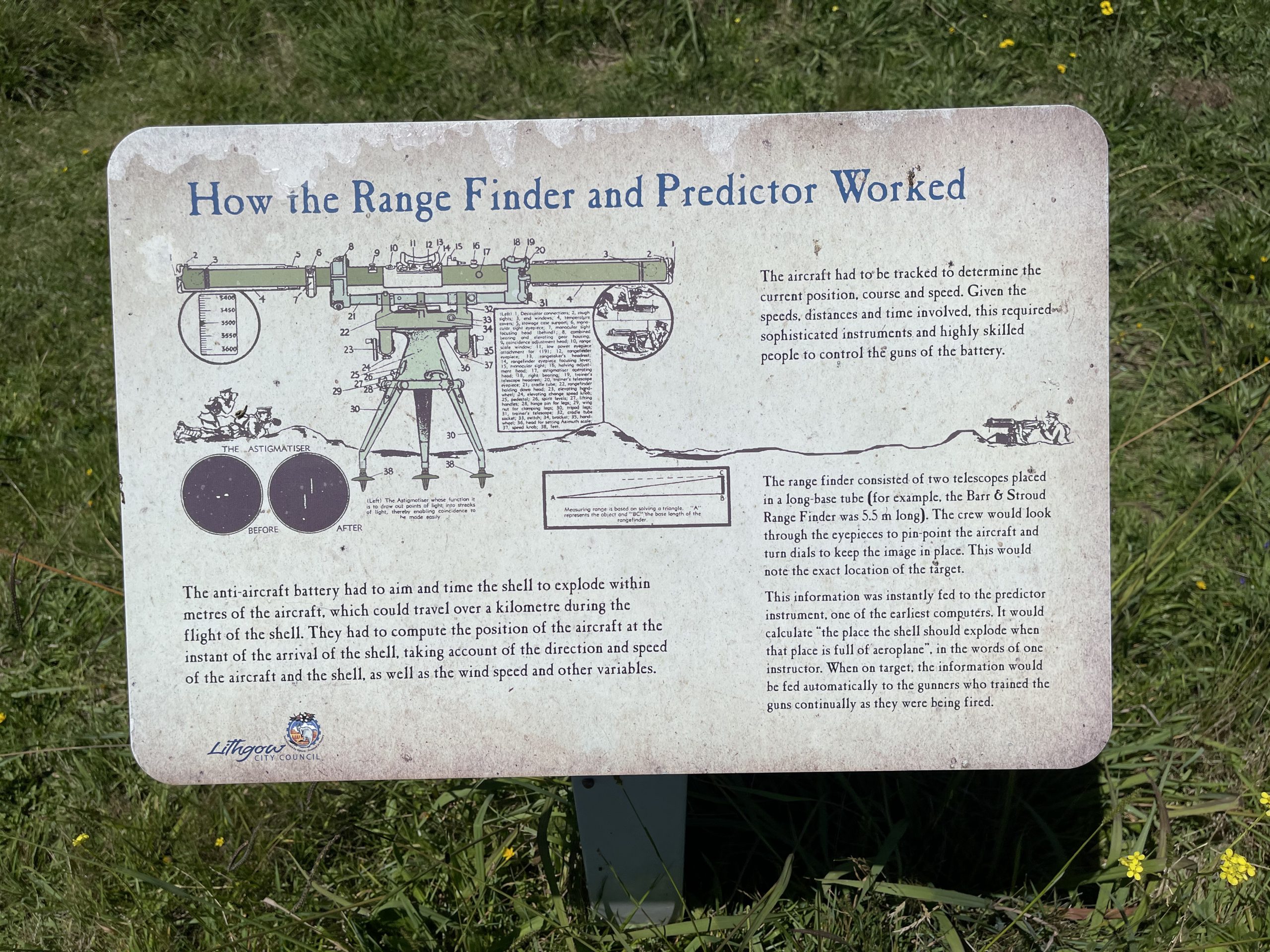 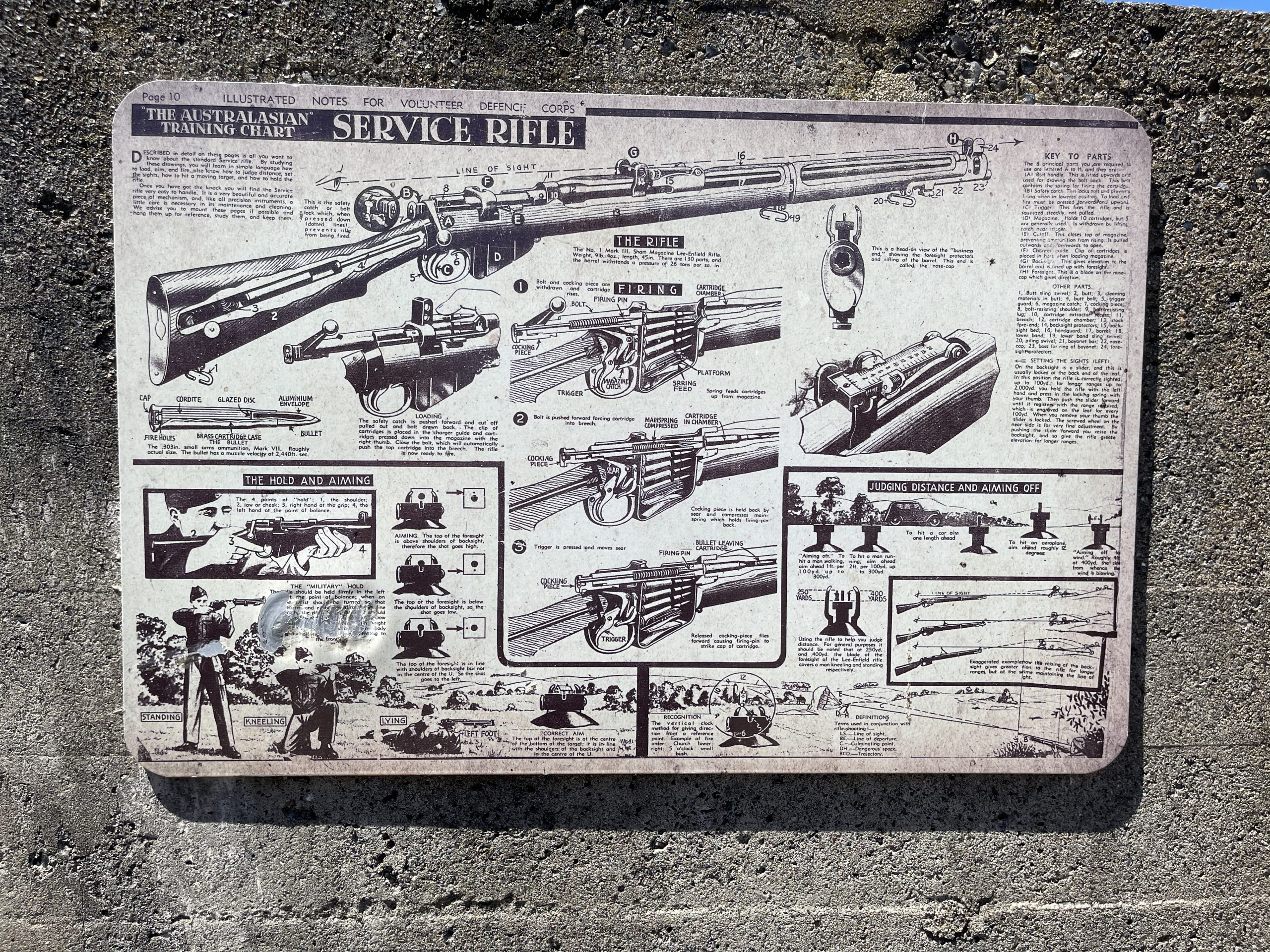