Kingsford Smith Memorial Park in Katoomba is one of Katoomba’s best kept secrets. While it is hard to find and neglected it offers great open spaces for the kids to run around and is an excellent laid back family picnic spot.

To find other great things to see and do in the Blue Mountains, Lithgow and Oberon Regions get your FREE Ask Roz Blue Mountains Apple or Android app.

KINGSFORD SMITH MEMORIAL PARK is of historical significance at a local level for its ability to demonstrate Katoomba community’s response to 1930s attitudes toward the provision of parks and playgrounds. The park also has significance because of its association with the memory of the most distinguished of early Australian aviators (Jack 1999).

The entry pavilion provides a local landmark due to its location at the highest point of the park nearest the town centre.

The toilet block structure has some significance as an unusual park building which, along with a similar building in Russell Hawke Park, Katoomba is perhaps unique.

The entire area of Kingsford Smith Memorial Park was originally owned by Ernest Hudson, whose wife built Wadi Shaifa (K102) on the north-west perimeter of the land in 1916/17. Hudson died in Palestine in 1918 and his wife owned Wadi Shaifa until 1947. She ran the house as a guest house in 1930-31 and around this time dedicated the land in the valley below as a council park.

Aerial photographs from both 1932 and 1933 show the northern perimeter of the park area and slopes were vegetated, possibly with remnant eucalypts. The central natural drainage area was cleared. The earliest image of the park is believed to be c. 1936 (Low 1991 p. 123) and shows a planned network of paths, steps and recent planting. Children’s playground equipment had been introduced – swings, slide and see-saws. The natural drainage area was retaining water. The dominant vegetation was remnant eucalypts and the relationship between the Hudson residence and the park was clearly evident – the park acting as the ‘front garden’ of the large house. A Mr Kerr from Sydney Botanic Gardens drew up the plan for the park (Slade in Low 199 1, p. 123), although Kerr’s position at the Botanic Gardens is unknown. Labour was provided by the unemployed, a common aspect of park development during the 1930s, and rock for the retaining walls was obtained from local bushland (Slade in Low 1991, p. 123). Dedicated ‘Kingsford Smith Park’ by Lord Wakehurst on 7th March 1938, the park was officially opened by L.O. Martin MLA, Minister for Works and Local Government in 1940.

Kingsford Smith (1897-1935) was a pioneer aviator, whose long flights within Australia, over the pacific and to Britain between 1927 and 1934 had given him international recognition. Kingsford Smith was killed in November 1935 when his plane en route for Australia from Britain crashed in the sea off Burma. Two and a half years later, the Municipality of Katoomba celebrated him posthumously. The governor of New South Wales, Lord Wakehurst, attended the opening ceremony (Jack 1999).

There are two similar photographs from this period – one by M.S. Chisholm and the other an undated postcard. Both show the completed music bowl and park benches for the audience area with an ornamental pond between the stage and seating area. The eastern side of the park had been recently planted with shrubs in bands along the slopes. The eastern boundary of the park was planted with a row of cypress. The lower slopes and levelled area in the central depression were grassed. A ‘whirlygig’, a type of roundabout, had been added to the children’s playground. The vegetation of the south-west corner of the park was predominantly native. A 1959 aerial photograph shows the boundary plantation of cypresses had grown and provided the park with a well defined edge and that the other shrubs and trees planted on the eastern side had grown. 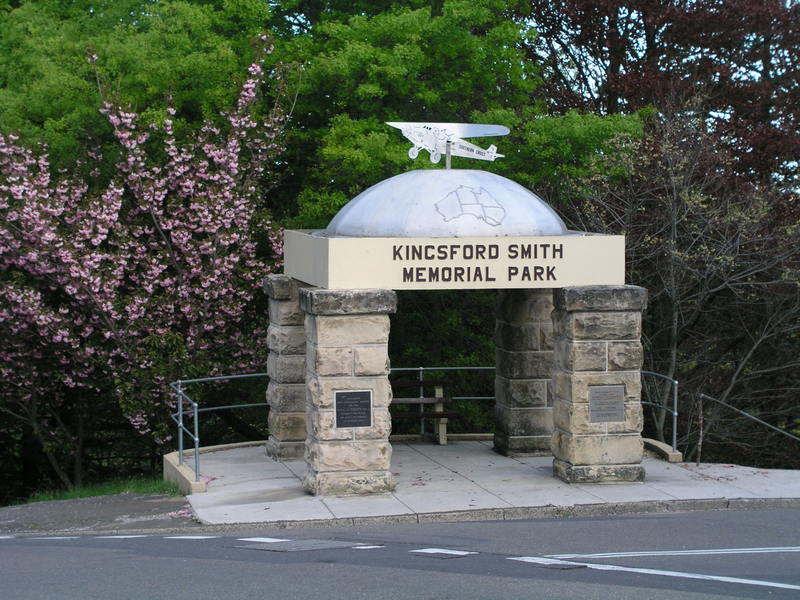 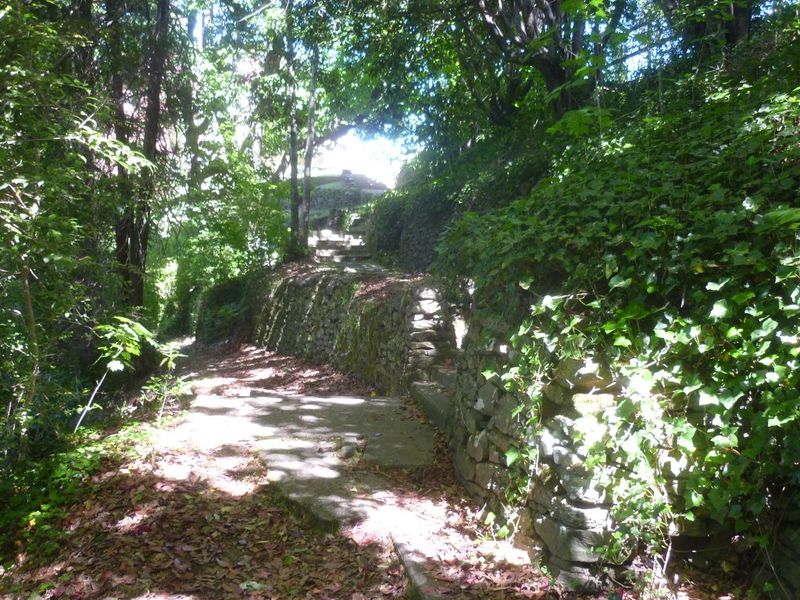 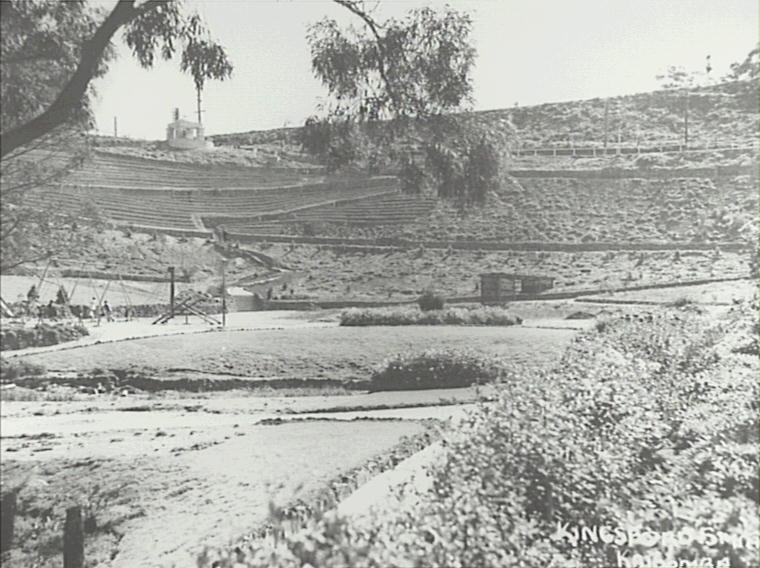 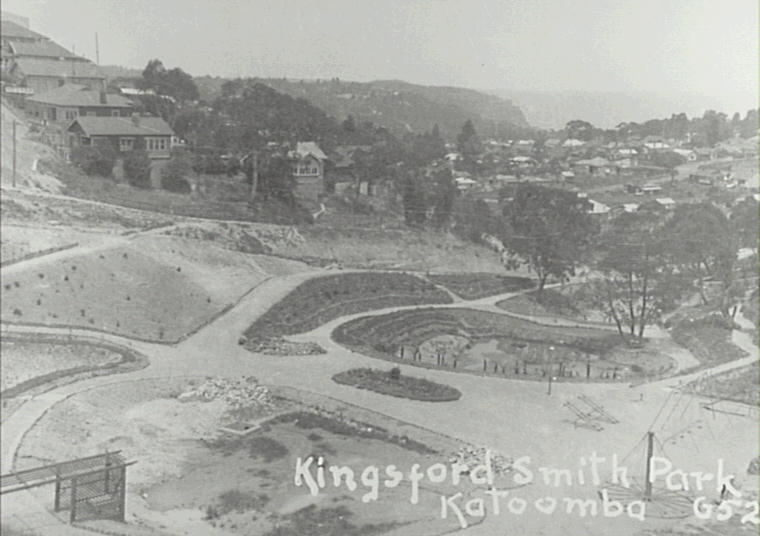 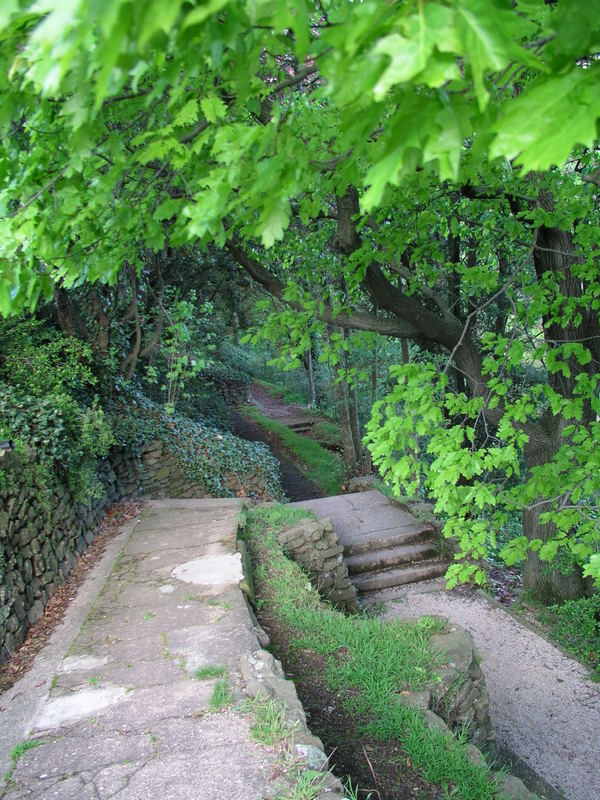 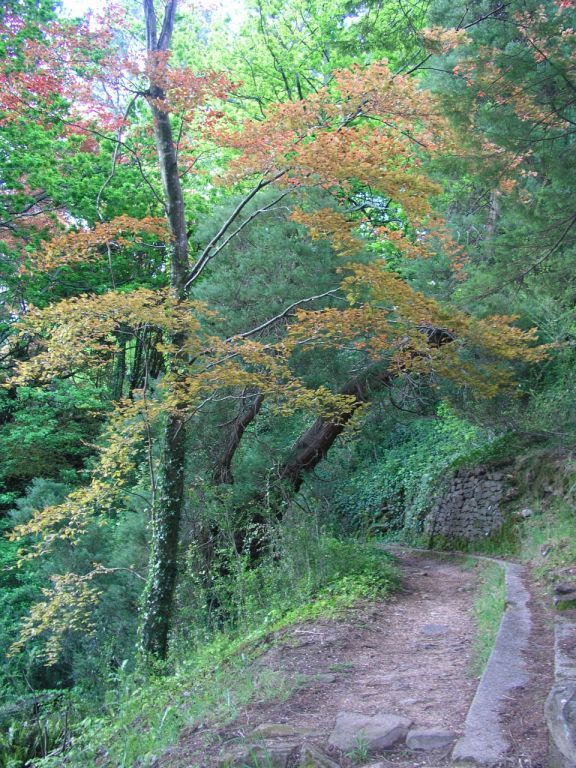 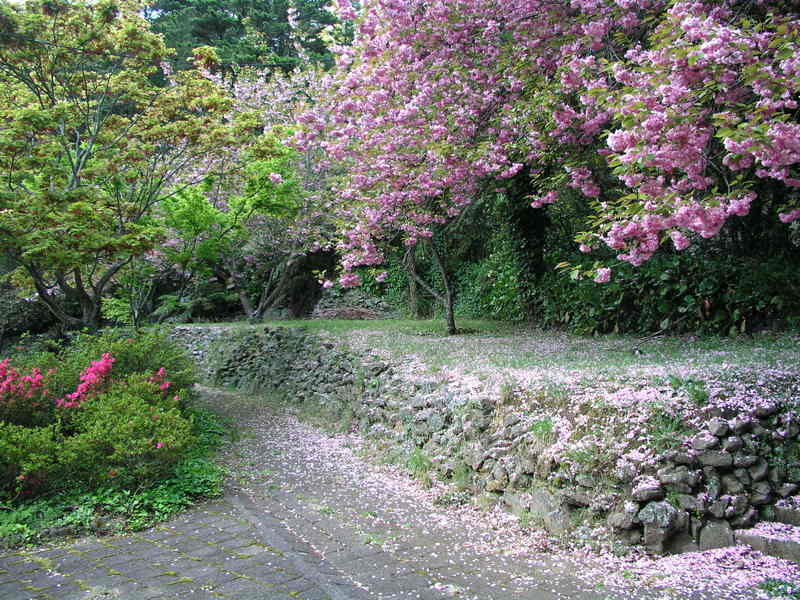 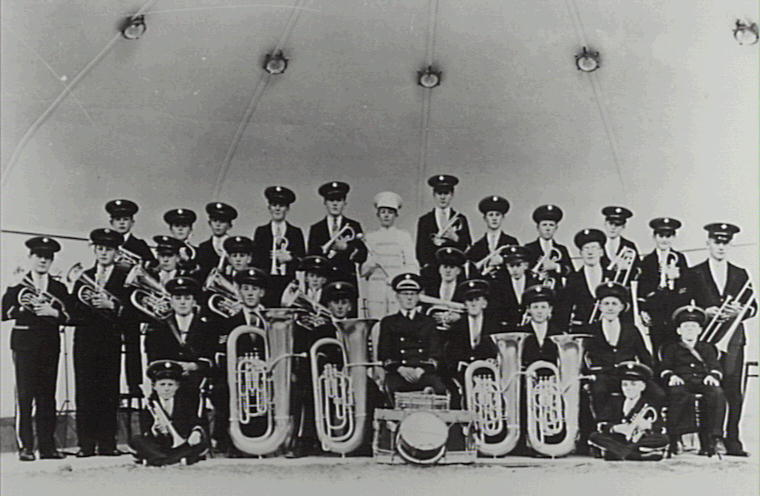 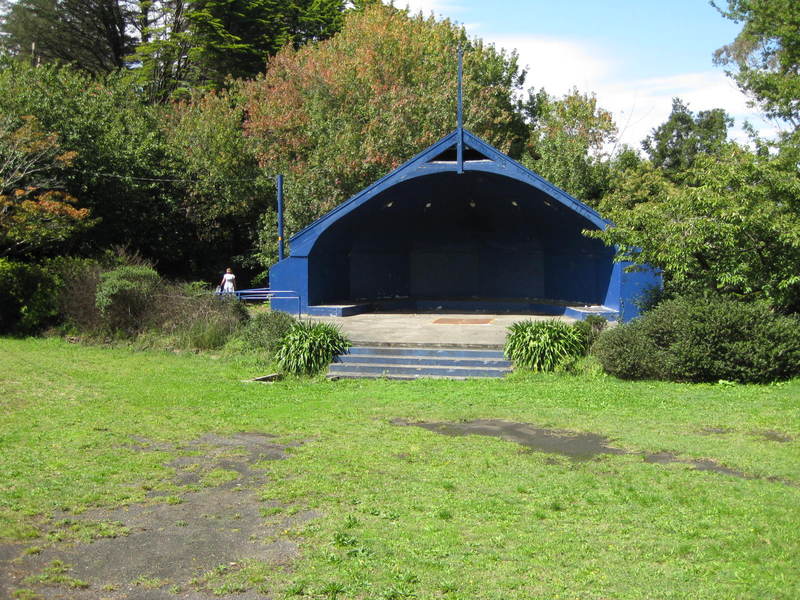 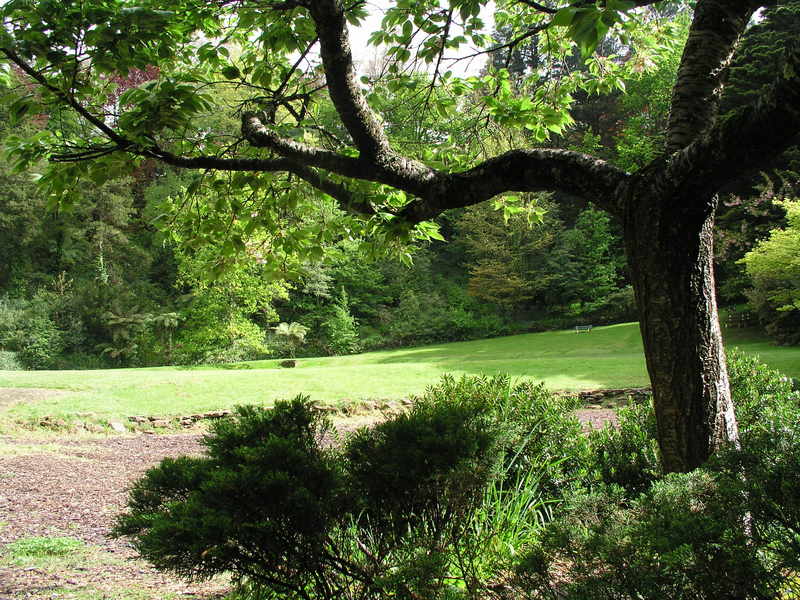 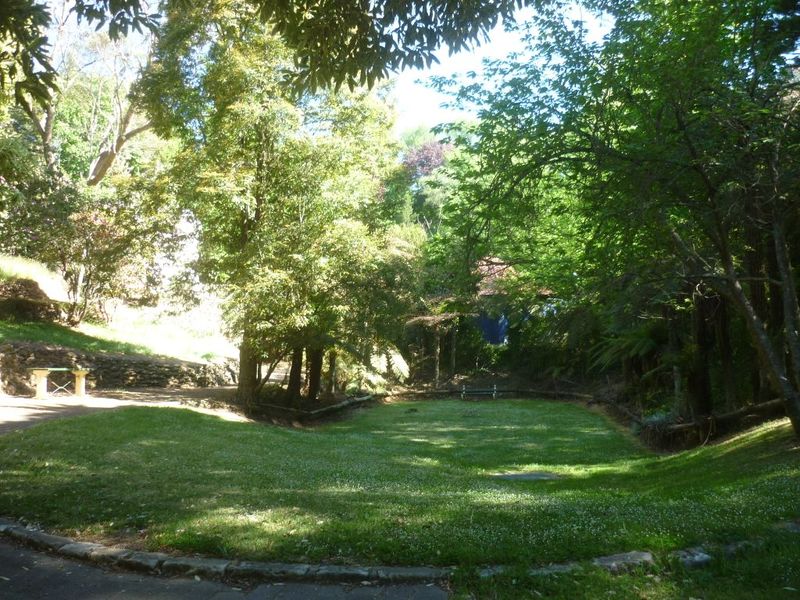 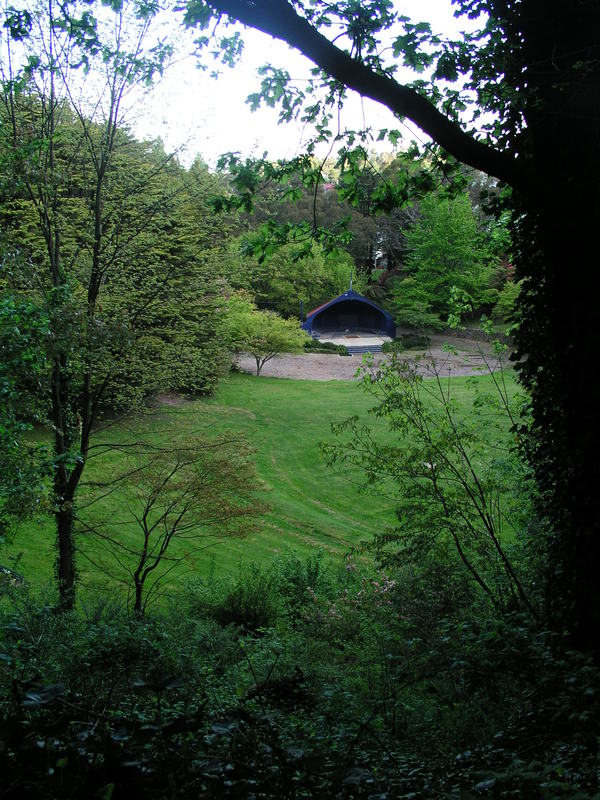